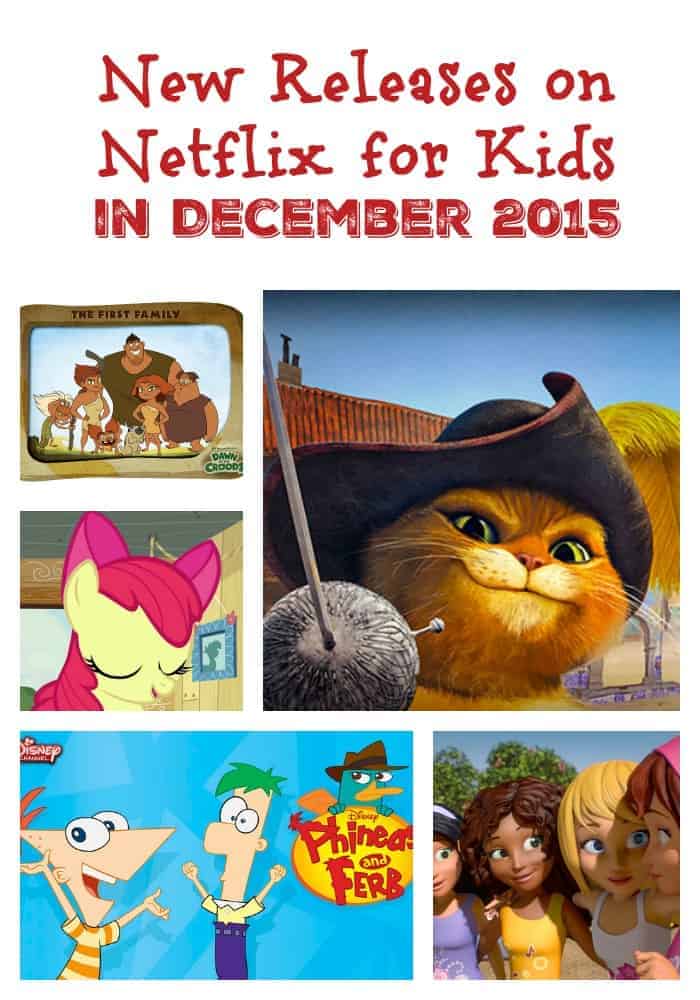 Netflix is adding some fun television shows and movies for kids in December. With Season 1 of Glitter Force, Season 4 of Phineas and Ferb and Season 2 of The Adventures of Puss in Boots, there is certainly something for every child on this list. Here are the new releases on Netflix for kids in December 2015.

New Releases on Netflix for Kids in December 2015

A Christmas Star is a family movie about Noelle, a young girl that is able to perform miracles. The series known as Las Magicas Historias de Plim Plim is about a clown that tells magical tales to kids, teaching them about caring for the planet, making friends and helping those in need.

If your kids watch the Disney Channel, chances have they have seen the show Phineas and Ferb. Phineas and Ferb is an animated show about a brother and sister who are constantly trying to stay one step ahead of their sister, Candace.

A group of young girls are known as Glitter Force, a superhero squad whose mission is to fight off mean fairytale villains to save the world.

Leo the Lion is an animated movie about the struggles of a vegetarian lion who is shunned by all the other lions. Magic Snowflake and Santa’s Apprentice are both animated Christmas movies.

A young schoolgirl tries to impress her science teacher with an experiment that didn’t go as planned and made her sister invisible. Now, she must find a way to undo the damage she has done.

The Dawn of the Croods series is an animated adventure comedy about the lives of the prehistoric Croods family.

My Little Pony: Friendship is Magic takes kids on a journey in the land of Equestria. This is where Twilight Sparkle (a cute unicorn) and her friends go on adventures and learn what the real meaning of friendship is.

Last Call on Netflix this December: Catch Your Favorite Before They Are Gone!

Which of these new releases on Netflix for kids in December 2015 are your kids most looking forward to watching? Tell us in the comments!