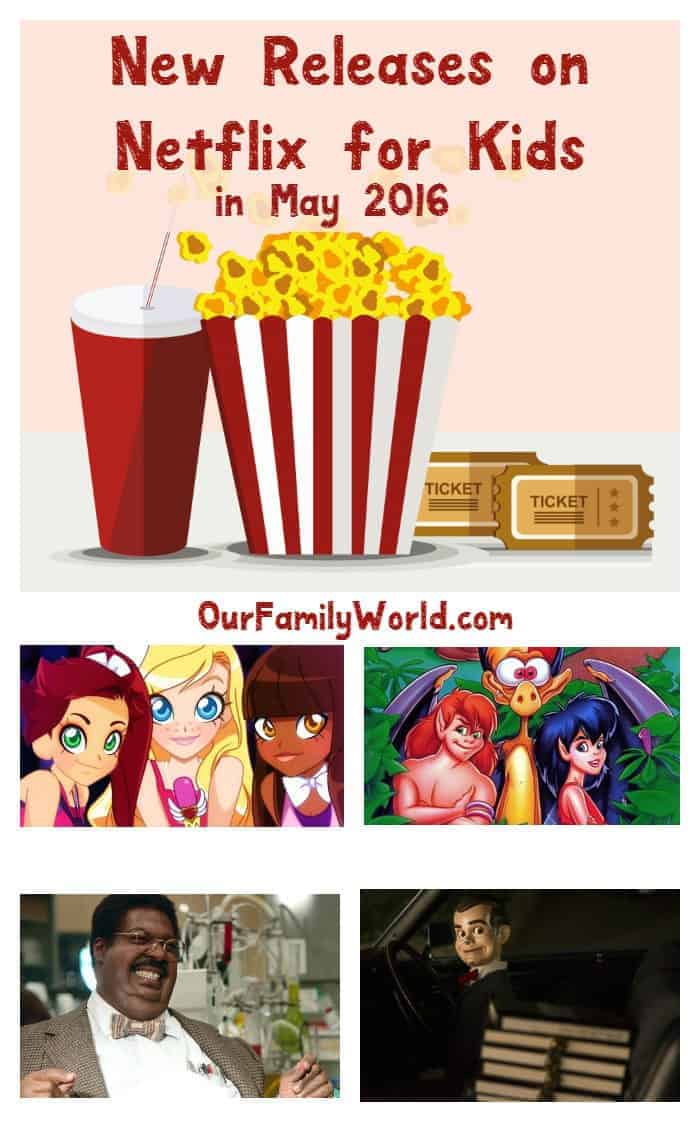 Related: New Releases on Netflix for Kids in April 2016

New Releases on Netflix for Kids in May 2016

Fern Gully 2: The Magical Rescue is a 1998 animated movie, sequel to the 1992 movie Fern Gully: The Last Rainforest. In the movie, the fairies adventure outside of their rainforest to help a group of young animals. LoliRock is an animated TV series, featuring fantasy, music and magical powers.

Goosebumps is a 2015 fantasy horror comedy movie that is based on the book series of the same name by author R.L. Stine. In the movie, Hannah, the daughter of R.L. Stine and her new neighbor, Zach, must find a way to get the monsters from their manuscripts back where they belong, before they terrorize the town, after Zach accidentally unleashes them.

The Letters is a 2014 biographical movie that is based on the life of Mother Teresa.

The Last Man on the Moon is an adventure biography that is based on Eugene Cernan, the Apollo astronaut that landed on the moon in 1972, leaving not only his own footprints but also the initials of his daughter.

Mako Mermaids is a family adventure comedy television series that premiered on July 26, 2013. The show is a spin-off of H2O: Just Add Water and tells the tale of Zach, a boy-turned-merman and the mermaids he befriends.

Last Call: Catch Your Favorite Before They Are Gone!

Is your family extra excited about any of these new releases on Netflix for kids in May 2016? Tell us in the comments!