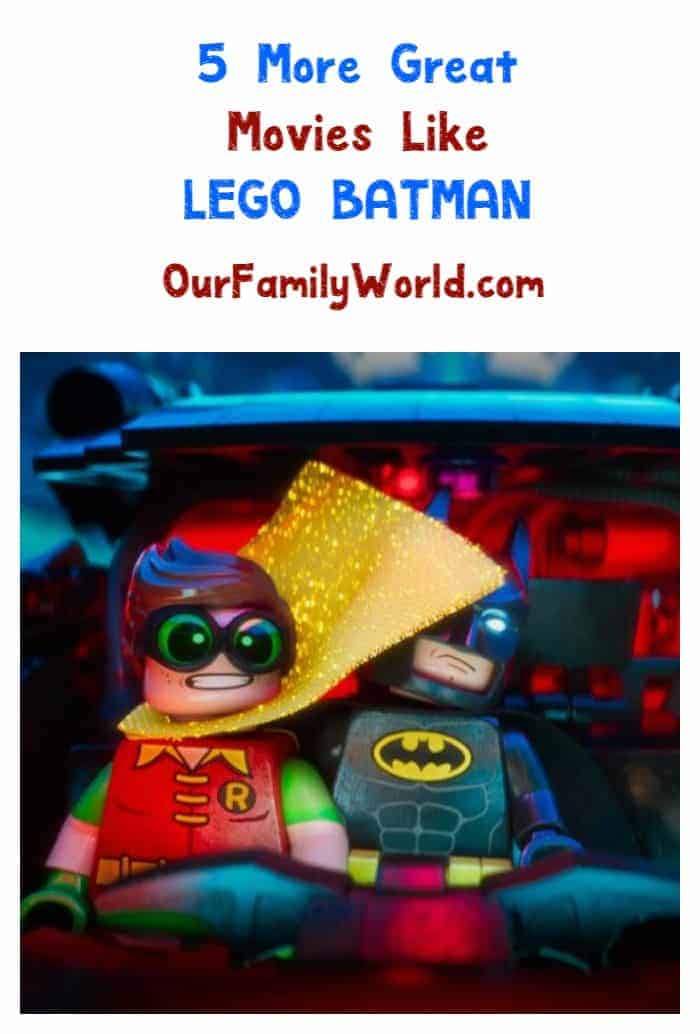 I’ve been on the hunt for more great family movies like The LEGO Batman movie, and I found a few that I think your family will love, too! I can’t wait to see this upcoming flick. The Lego Batman Movie is a spin-off from The Lego Movie in 2014. It is set to be released in theaters on February 10, 2017. The movie is computer animated and features a superhero theme with action and comedy. Here are some awesome movies like The Lego Batman Movie.

The Incredibles is a 2004 computer-animated superhero movie, with its sequel, The Incredibles 2, due in theaters on June 15, 2018. Bob Parr, his wife Helen and his children Violet, Dash and Jack-Jack, are a family of undercover superheroes who were living the quiet suburban life, while hiding their super powers. The family is called back into action to do battle with a villain and his killer robot. The Incredibles stars the voice cast of Craig T. Nelson as Bob, Holly Hunter as Helen, Sarah Vowell as Violet and Spencer Fox as Dash.

These great movies like the LEGO Batman Movie will keep your family busy until the February release date!

Do you have any other favorite movies like the LEGO Batman movie that you watch together? Share in the comments!