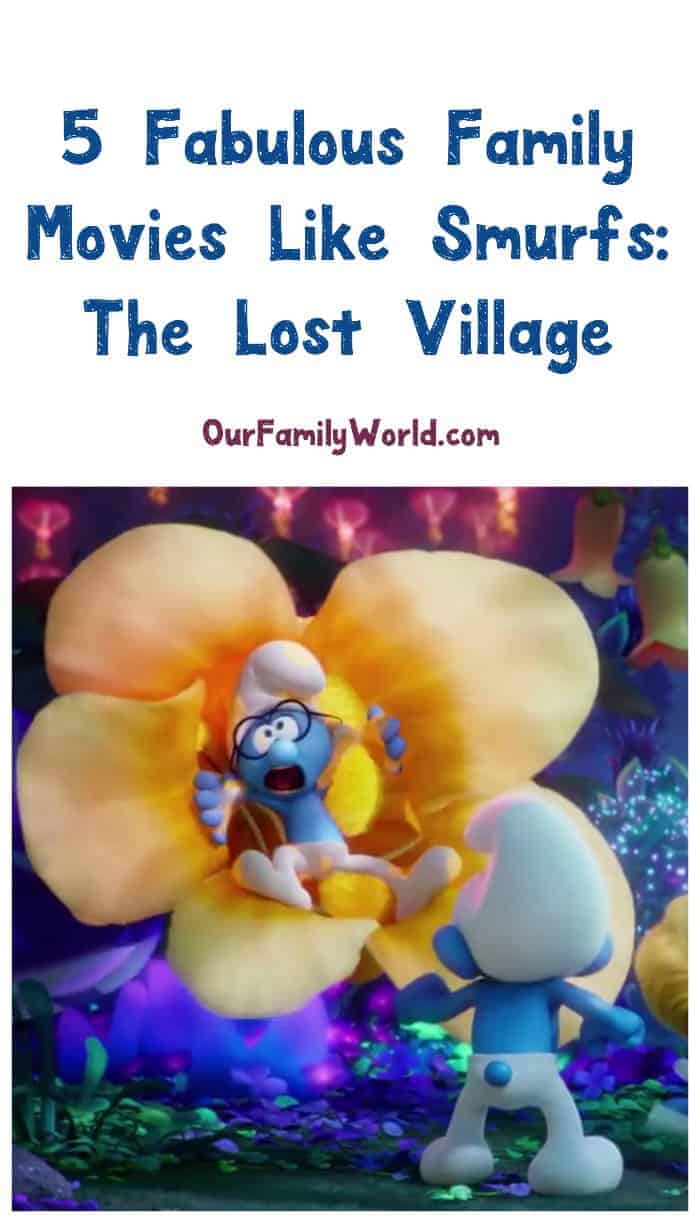 Can’t get enough of the Smurfs? Neither can we! We’re continuing our celebration of our favorite little blue creatures with five more great movies like Smurfs: The Lost Village. Since you have to wait until April 7, 2017 for the release of the reboot, these other fun flicks should hold you over on your family movie nights! We’ve watched all of them at least a few times and still never get tired of them. Check them out, then tell us your favorites!
Related:7 Smurfs: The Lost Village Movie Quotes You’ll Love

Alvin and the Chipmunks: The Squeakquel

Alvin and the Chipmunks: The Squeakquel

is a 2013 computer animated comedy movie that is the sequel to the 2010 Despicable Me and a prequel to the upcoming Despicable Me 3, set to hit theaters on June 30, 2017. The movie centers on Gru, a former supervillain who is now a doting dad to three girls: Margo, Edith and Agnes. He suddenly finds himself back in his old line of work, when he is recruited by the director of the Anti-Villain League, Silas Ramsbottom, to investigate the theft of a powerful mutagen. Despicable Me 2 stars the voices of Steve Carell as Gru, Miranda Cosgrove as Margo, Dana Gaier as Edith, Elsie Fisher as Agnes and Steve Coogan as Silas.

is a 2014 fantasy comedy movie that combines stop-motion with animation. It is based on the 2005 book titled Here Be Monsters by Alan Snow. The movie focuses on Eggs, a human boy who was raised by Boxtrolls in an underground world. Eggs is on a mission to rescue some of his Boxtroll friends, who have been kidnapped by Archibald Snatcher, an evil pest exterminator, along with the help of fellow Boxtroll, Fish and his best friend Winnie Portley-Rind. The Boxtrolls stars the voices of Isaac Hempstead as Eggs, Ben Kingsley as Snatcher, Dee Bradley Baker as Fish and Elle Fanning as Winnie.

is a 2014 computer animated movie that features music, adventure and comedy. It is a sequel to the 2011 movie Rio. In this movie, Blu, Jewel and their kids Bia, Carla and Tiago, head to the Amazon, from Rio de Janeiro, to help locate the lost feather of a blue macaw. Also, on the adventure is Rafael, Nico and Pedra. Rio 2 stars the voice cast of Jesse Eisenberg as Blu, Anne Hathaway as Jewel, Amandla Stenberg as Bia, Rachel Crow as Carla, Pierce Gagnon as Tiago, George Lopez as Rafael, Jamie Foxx as Nico and will.i.am as Pedro.

is a 2015 computer animated comedy movie that is a spin-off from the series of 3 movies that comprise the Despicable Me franchise: Despicable Me- 2010, Despicable Me 2- 2013 and the upcoming Despicable Me 3- 2017. The movie surrounds the 3 Minions- Stuart, Kevin and Bob- who are recruited by Scarlet Overkill, a female supervillain and Herb, Scarlet’s inventor husband, to take part in their evil plot to take over the world. Minions stars the voice cast of Pierre Coffin as Stuart, Kevin and Bob, Sandra Bullock as Scarlet and Jon Hamm as Herb.

Do you have any other favorite family movies like Smurfs: The Lost Village? Are you planning to see this one in theaters or wait for the DVD release? Share below!