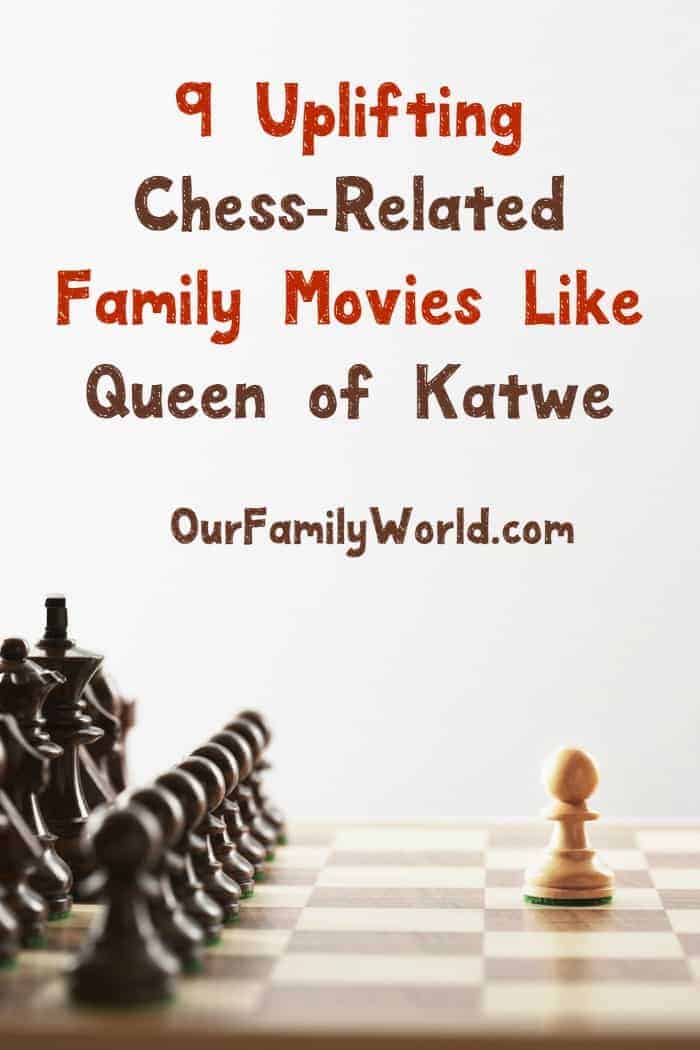 Looking for more great family movies to watch like Queen of Katwe? You’ll love these fabulous heartwarming flicks! From epic fictionalized accounts of legendary chess champions to engaging documentaries, if your family loves chess, these are the films you want to watch together while you’re waiting for Queen of Katwe to hit theaters on September 23rd.

As we told you in our Queen of Katwe trivia post, the upcoming Disney film is a biographical drama showcasing the life of chess prodigy Phiona Mutesi, from Uganda. It looks like such a stunning and uplifting film, so we wanted to stick with that theme for these similar movies. Let’s check them out!

Related: Watch the Powerful Queen of Katwe Trailer & Get Inspired by This Uplifting Disney Film

Pawn Sacrifice is a 2014 biographical movie that showcases the true story of chess prodigy, Bobby Fischer, during the Cold War, as he takes on various top chess players in the Soviet Union while battling his own demons of paranoia. The movie stars Tobey Maguire as Bobby Fischer, Live Schreiber as Boris Spassky, Lily Rabe as Joan Fischer and Peter Sarsgaard as William Lombardy.

The Dark Horse is a 2014 New Zealand drama movie and the real-life story of Genesis Potini, a smart and talented speed chess player and chess coach, dealing with the severe bipolar disorder. He eventually teaches his knowledge of chess to underprivileged kids in the community. The movie stars Cliff Curtis as Genesis Potini.

More Great Chess Movies Like Queen of Katwe Include:

I’ll admit, it was a bit hard to find a ton of chess-related movies that were uplifting and family-friendly like Queen of Katwe! Chess does play a major role in quite a few films, but not all of them are exactly appropriate for all audiences.

Do you know of any great chess-related family movies like Queen of Katwe? Share in the comments!