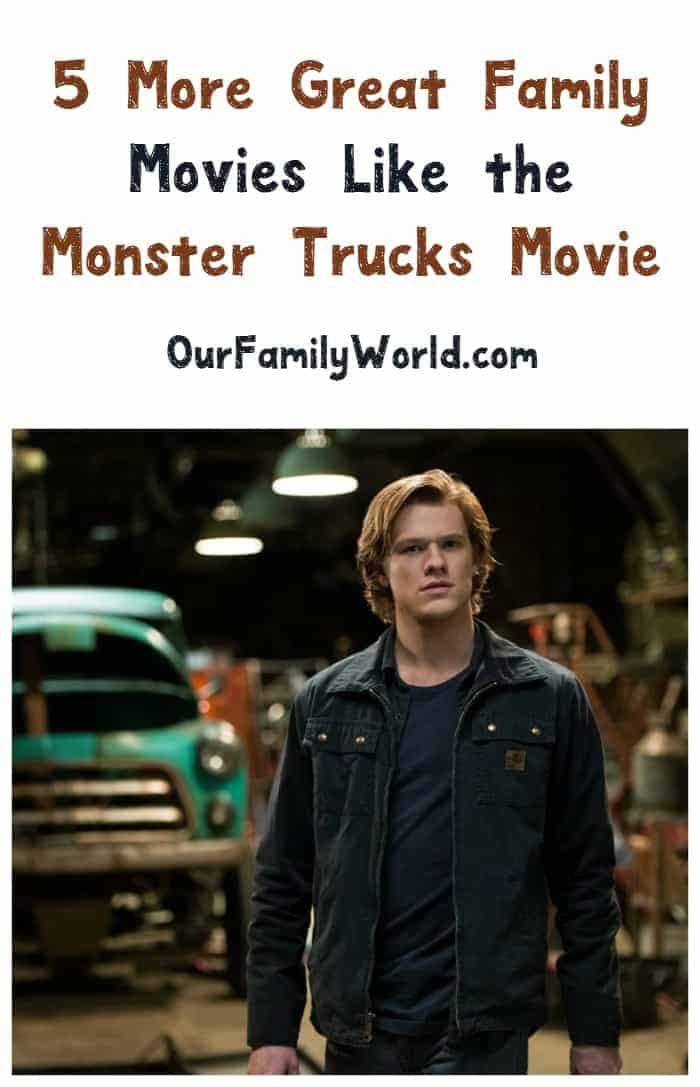 Looking for a few more exciting family movies like Monster Trucks? We have 5  flicks that are just perfect for your next family movie night! In case you haven’t heard of it yet, Monster Trucks is an upcoming live-action/computer-animated action comedy movie that will be in theaters on January 13, 2017. It stars Lucas Till as Tripp, a teen boy who discovered something quite magical about his truck! The film also stars Jane Levy as Meredith, Tucker Albrizzi as Sam and Holt McCallany as Burke. Here are some other amazing movies like Monster Trucks.

Monsters vs. Aliens is a 2009 computer-animated sci-fi action comedy movie. It focuses on Susan Murphy, a woman who is struck by a meteorite on her wedding day, transforming her into a giant. She is forced to become a part of a team of monsters that include General Warren R. Monger, Dr. Cockroach, B.O.B, Insectosaurus and The Missing Link. The team must defeat Gallaxhar, an alien who is attempting to take over Earth. Monsters vs. Aliens stars the voices of Keifer Sutherland as General Monger, Hugh Laurie as Dr. Cockroach, Seth Rogen as B.O.B, Conrad Vernon as Insectosaurus and Will Arnett as The Missing Link.

Epic is a 2013 computer-animated action adventure movie that is loosely based on the 1996 book titled The Leaf Men and the Brave Good Bugs by William Joyce. It centers on Mary Katherine, a teenage girl who finds herself transported to a forest where the Leafmen reside and wicked creatures called Boggans, sought to destroy them. She teams up with Leafmen Ronin and Nod, as well as a slug named Mub and a snail named Grub, to help save the forest. Epic stars the voice cast of Amanda Seyfried as Mary Katherine, Colin Farrell as Ronin, Josh Hutcherson as Nod, Aziz Ansari as Mub and Chris O’Dowd as Grub.

Goosebumps is a 2015 horror comedy movie and is based on the book series of the same name by R.L. Stine. It showcases the life of Zach Cooper, a teenage boy who moves with his mom, Gale, next door to author R.L. Stine. When Zach accidentally unleashes Stine’s imaginary demons on the town, he and Stine’s daughter, Hannah, team up to get the demons back into their books. Goosebumps stars Dylan Minnette as Zach, Amy Ryan as Gale, Jack Black as R.L. Stine and Odeya Rush as Hannah.

Ant-Man is a 2015 superhero movie that is based on the characters Scott Lang and Hank Pym from Marvel Comics. It is about Scott Lang, a petty criminal, who dons a suit that makes him small in size but stronger. He helps Hank Pym, his mentor, pull off a heist that is designed to save the world. Ant-Man stars Paul Rudd as Scott Lang/Ant-Man and Michael Douglas as Hank Pym.

Teenage Mutant Ninja Turtles: Out of the Shadows