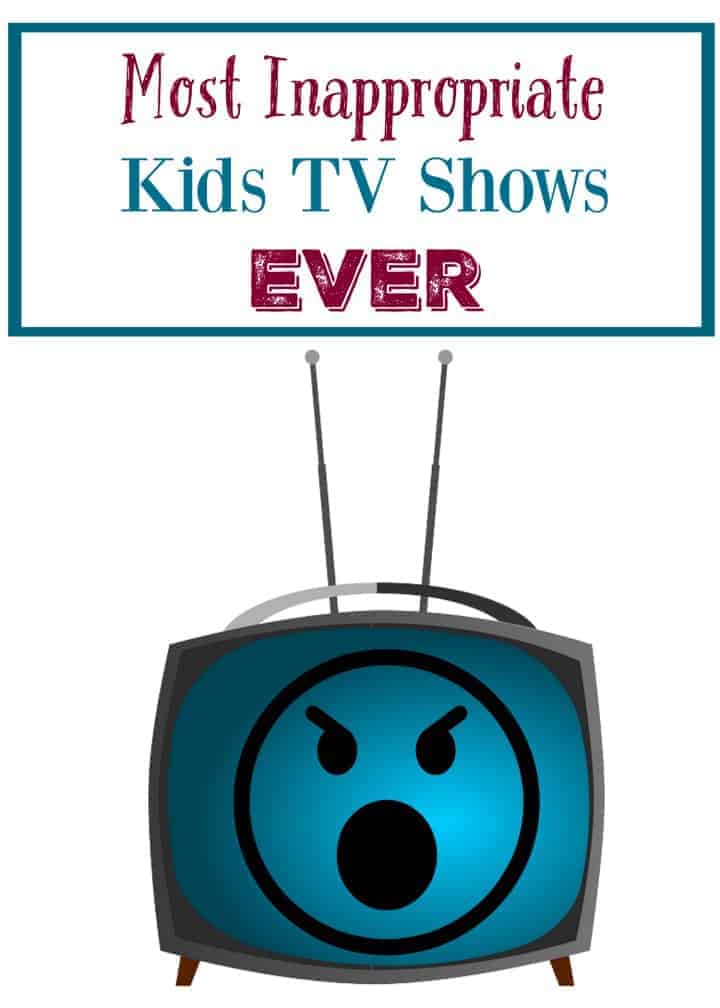 A little TV time for kids isn’t always a bad thing…unless you’re filling it up with inappropriate shows that are way beyond their years. Just because a show is a cartoon doesn’t mean it’s made for kids of all ages. Sometimes it’s not made for kids at all! And sometimes, even though it is made for kids, it’s just not the kind of show you want your child watching.  Here are some of the most inappropriate kids TV shows ever.

Most inappropriate kids TV shows ever.

Adventure Time is shown on Cartoon Network from 2010 to present. While this seem to be an increasingly popular show, it can be rather scary and inappropriate for kids. The show is based on a boy named Finn and his dog, Jake. The problem with the show is that Finn and Jake fight off evil demons as well as the Ice King. There was one episode where the character of Satan draws the souls out of other characters.

SpongeBob is shown on Nickelodeon from 1999 to present. This may very well be one of the most popular shows on TV, but there are some things wrong with this show. First, the characters are not very nice to their friends at times. They call their friends names, like stupid or idiot; not something you want your kids to learn. Also, SpongeBob is one that is naïve so he hardly ever realizes when he is being ridiculed.

The Ren and Stimpy Show-

Cow and Chicken tv show was shown on Cartoon Network from 1997-1999. This show features a main character who looks like Satan and doesn’t wear pants. I think that is pretty much enough said. Not to mention the parents are actually siblings and don’t have an upper part to their body.

Grim Adventures of Billy and Mandy-

Grim Adventures of Billy and Mandy was shown on Cartoon Network from 2003-2007. Grim pretty much says it all; he is the Grimm Reaper. The other problem with this show is that at the end of most episodes, the two kids end up either dead or hurt, only to come back to life just fine the next episode.

Do you agree with our list of Most Inappropriate Kids TV Shows Ever? Do you have any other shows to add to this list?

22 thoughts on “Most Inappropriate Kids TV Shows Ever”