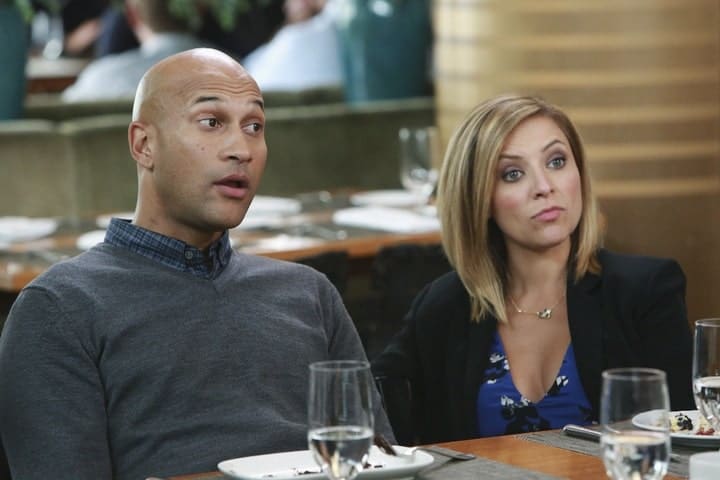 Modern Family Season 7 returns after its holiday hiatus. There were four separate storylines running in the episode 10 tonight. Read our recap to get caught on the highlights.

Lily has her first crush, a little boy from Canada, whose family is staying upstairs, or so that is what Cam thinks. Cam gives Lily dating advice on how to deal with her first crush. Cam sets up a lunch date with the whole family but instead of talking with the young boy, Monty, she flirts with his father, Rob. Cam politely tells Lily that he made a mistake thinking she liked Monty when she liked his dad.

So, Haley, Luke, and Alex totally forgot about their Uncle Mitchell’s birthday last year, so they gave him a coupon that read, “Uncle Mitchell’s Birthday Funday” and thought he would never use it. However, Mitchell entered the Dunphy house, coupon in hand. Luke sings an omelet song while Haley gives Mitchell the omelet she was making. Then, the kids drive Uncle Mitchell around in search of something he would like for his birthday. Just when they are about to give up, Haley comes across a stand that sells celebrity homes maps. They happen up Ray Liotta’s home instead of being at Barbara Streisand’s home since the map was obviously not up to date. However, Liotta has some of Streisand’s mail that he takes over, and Mitchell gets to talk to her through her intercom.

Phil and Claire prepare to meet up with a couple they met while vacationing in Cabo, Tom and Lisa. This is one wealthy couple, but they haven’t picked up the tab the last few times the Dunphy’s had dinner with them. So, this time, around, Phil and Claire casually wait around for Tom and Lisa to grab the check. However, Claire tosses Phil’s credit card by accident; it lands on the check, and they pay for yet another dinner out. Phil finally comes clean to Claire that in Cabo he lost a bet to Tom and owed Tom and Lisa five dinners out.

Gloria is thrilled when one of Manny’s friends comes to the house for a playdate with his parents. However, Jay is not happy when he is introduced to Marty, the dad who is an old guy who chats it up about the war. Marty seems to make Jay very insecure about his age. Manny also seems a bit insecure about his facial hair, but his mother does her best to comfort him. Gloria also convinces Jay to give Marty a chance, which he does.

Did you catch up on Modern Family Season 7, Episode 10? What do you have to add to our recap?

7 thoughts on “Modern Family Returns: Find Out What Happened in “Playdates””