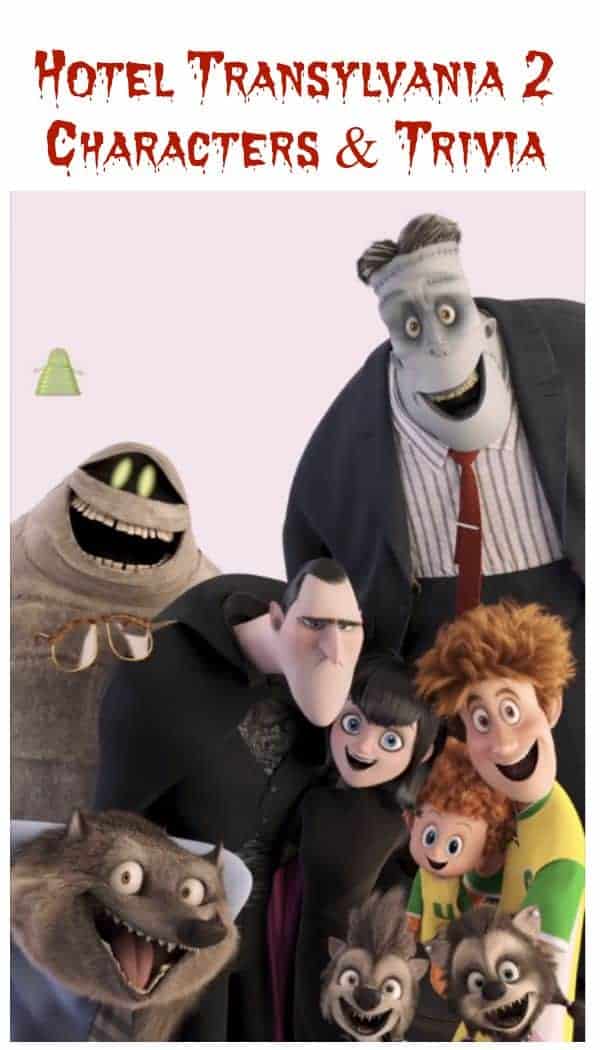 We’ve gone a little crazy for Hotel Transylvania! Crazy like the wolf! Or is that supposed to be hungry like the wolf? We’re mixing metaphors (and, apparently, old 80s hairband songs!). Today, we’re sharing character profiles for all the coolest monsters in what’s sure to be one of the biggest hit family movies of the year, plus a little fun trivia to help you impress the kiddos! Let’s check it out!

Related: Voices Behind the Cast of Hotel Transylvania 2

Count Dracula is the owner and manager of Hotel Transylvania. He is also the father to Mavis, son to Vlad and grandfather to Dennis. He was married to Mavis’ mother, Martha until her death, caused by humans. He is funny, dominant and over-controlling. 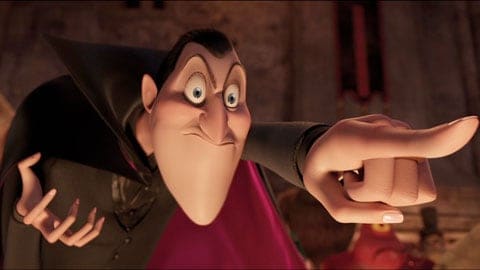 Jonathan is the husband to Mavis, father to Dennis and son to Mike and Linda. He is a backpacking tourist that is good-natured, confident, talkative, optimistic and easygoing.

Mavis is the daughter of Count Dracula, wife of Jonathan and mother of Dennis. She likes scream cheese and freedom and hates being treated like a child. Mavis is pampered, dramatic, headstrong and slightly bored. Her dream is to go out and see the world. 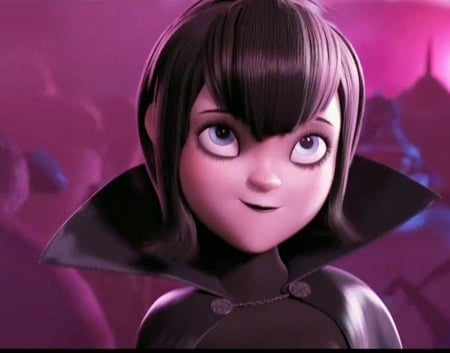 Frankenstein is best friend to Count Dracula. He is over-sized, works hard and has a big heart. He is married to Eunice and considers Dracula and Mavis to be his adoptive family.

Wayne is a werewolf and a guest at the hotel. He is married to Wanda and is dad to the werewolf kids. Wayne works as a data processor and he coaches a t-ball team. 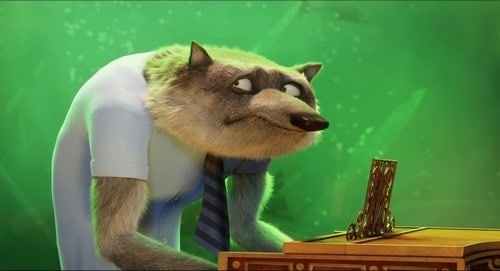 Griffin is an invisible man and only his glasses can ever be seen. He is a good friend of Dracula’s and loves to use his invisibility as a bonus during fights and he also loves surprising people. He often forgets that he is invisible and he plays the drums for Mavis in the band.

Murray is a mummy, like to party, is friendly and good-natured and has a crush on the female mummy. Murray used to be an entertainer for the Pharaohs of Egypt and is always the life of every party.

Vlad is the father of Count Dracula, grandfather of Mavis and great-grandfather of Dennis. He is very old, does not like change and dislikes humans. 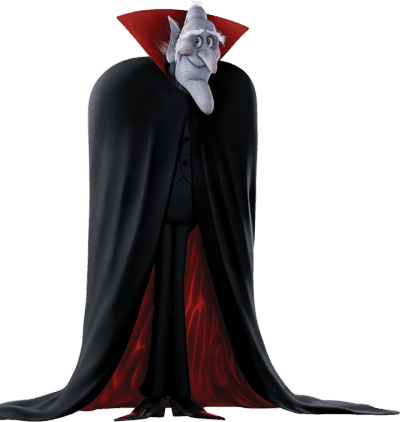 Eunice is married to Frankenstein and is critical and brash but loves her family dearly. Eunice is recognized by her flashy outfit that consists of a fuzzy purple turtleneck, high-waist skirt, gold hoop earrings, black and pink striped headband, pink high heel shoes, red lipstick and blue eyeshadow.

Wanda is wife to Wayne and mom to the werewolf kids. She is soft-spoken, sweet and maternal. She is often pregnant but stays slim. Her outfit consists of a white shirt under a yellow dress with a dark yellow skirt.