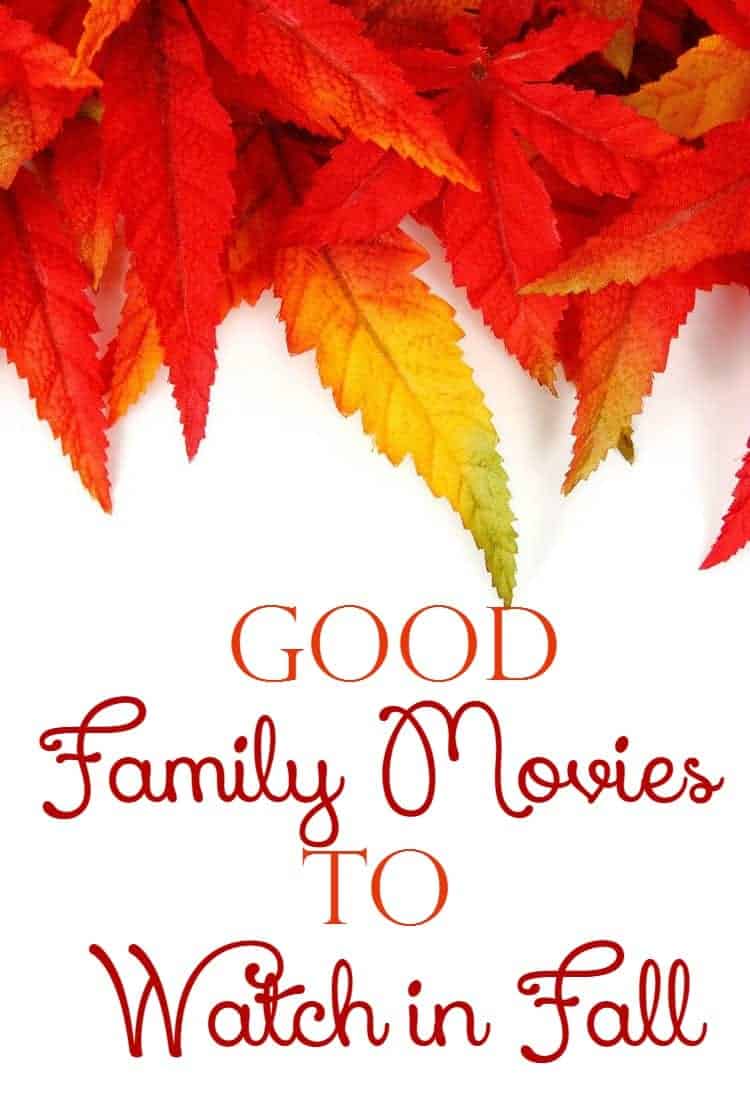 As much as I love the outdoors, I love snuggling with my kids and watching a good family movie with them, especially during fall season. The fall season is all about cooler weather and falling leaves. However, it is also the perfect time to get the family together, snuggle in front of the fireplace with some hot chocolate and some movies.  We usually have our family movie night on Saturdays or Sunday afternoons. Don’t you find those Sunday afternoon boring sometimes, especially if it is raining? A good fall family movie is a great way to kill that boredom. It is also a great way to reduce the back to school stress for the next day. Here are some suggestions for a few good family movies to watch in fall in the comfort of your home:

Rudy is a 1993 sports movie that is a true story based on the life of Daniel “Rudy” Ruttiger. The movie stars Sean Astin, Jon Favreau, Ned Beatty, Charles S. Dutton, Lili Taylor and Jason Miller. Rudy grows up in a family that works hard and are die-hard Notre Dame Football fans. His dream is play for the prestigious football team, but the problem is he is small in size, his grades are not exactly great and he really doesn’t have the talent. However, Rudy is not one to give up and fights with everything he has to get a spot on the team. Hard work and determination eventually pays off, as Rudy is assigned to be the team’s tackling dummy for two years. However, his really dream is realized when he is allowed to suit up for one game. This is the one game that will change his life forever.

The Goonies is a 1985 adventure comedy movie that stars Sean Astin, Josh Brolin, Jeff Cohen, Corey Feldman, Kerri Green, Martha Plimpton and Ke Huy Quan. The Goonies are known as a group of misfit kids. When the stumble upon a treasure map, they realize that a subterranean cave is the secret hiding spot of some buried treasure. However, getting to the treasure isn’t going to be easy, as they face several issues and roadblocks along the way. This is one of the classic good family movies to watch in fall!

Monsters, Inc. is a 2001 computer-animated comedy movie that features the voices of John Goodman, Billy Crystal, Jennifer Tilly, Steve Buscemi and James Coburn. Monstropolis is a city that has no humans. Sulley and Wazowski are two of the city’s workers; Sulley being a lovable blue, giant monster while Wazowski is a cyclops that is green, short and wisecracking. When the best friends happen upon Boo, a toddler girl that sneaks accidentally from the human world to the monster world one night. Sulley and his pal must now send Boo back to the human world before anyone else discovers her.

Have you seen any of these good family movies to watch in fall? Which one is your favorite? Tell us in the comments!