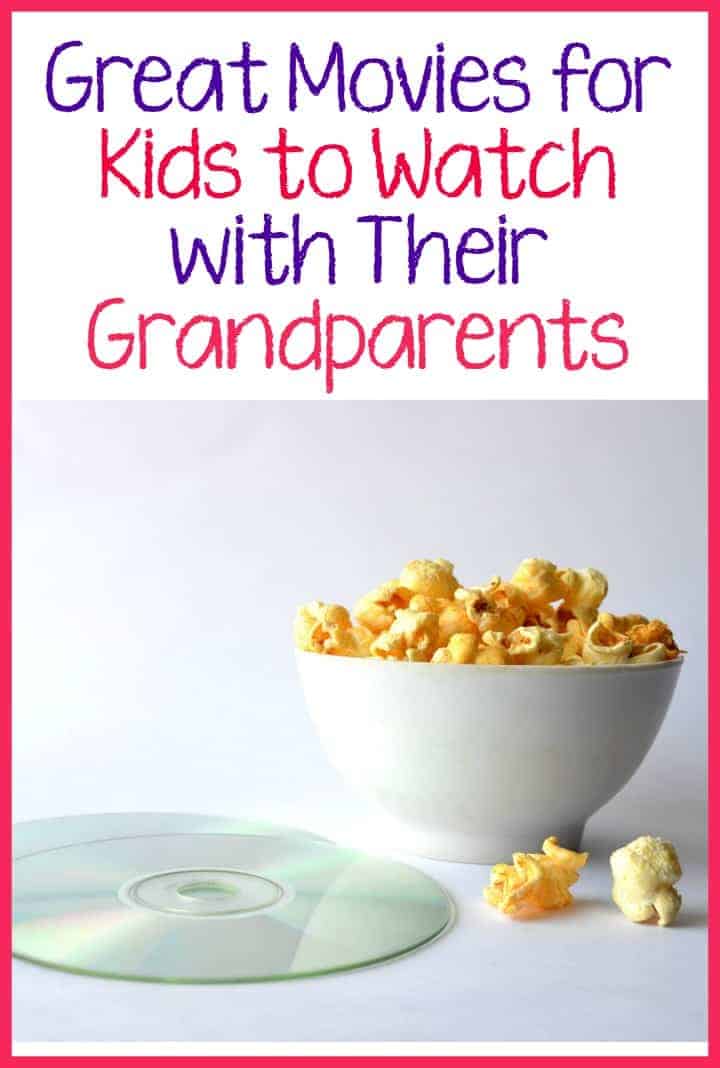 Kids love spending time with their grandparents in the summer. What happens when the grandkids want to watch a good family movie though? There is a big difference these days in the movies kids like and the movies grandma and grandpa like. Here are some great family movies that kids can watch this summer with their grandparents that all will enjoy.

Related: Hot New Releases On Netflix for Kids in July 2015

Good Family Movies Kids Can Watch This Summer with Their Grandparents

Hugo– Hugo was released in 2011 and stars Asa Butterfield, Ben Kingsley, Sacha Baron Cohen and Jude Law. In 2012, Martin Scorsese won the Golden Globe Award for Best Director of Hugo. The story is about a young boy named Hugo, who was orphaned when his father passed away and again when his uncle abandoned him. He lives in a train station in Paris and is trying to fix a broken robot that his father left behind. While looking for parts to repair the robot, Hugo meets an old man who doesn’t seem to like him at first but eventually becomes his friend.

Dolphin Tale– Dolphin Tale was released in 2011 and stars Nathan Gamble, Harry Connick Jr., Ashley Judd, Kris Kristofferson, Cozi Zuehlsdorff and Morgan Freeman. Dolphin Tale is based on a true story of a bottlenose dolphin named Winter. Winter was rescued by an aquarium in Florida. She was given a prosthetic tail after she lost hers when she was entrapped with a rope that was attached to a crab trap. With the help of two young kids, Winter learns to swim once again.

The Neverending Story– The Neverending Story was released in 1984 and stars Noah Hathaway, Barret Oliver, Tami Stronach, Patricia Hayes and Thomas Hill. This movie is most suitable for ages 8 and over since it can be a bit scary at times. It is about a young boy who reads a magical library book. This book showcases the story of a young warrior who must stop a dark storm from ruining a fantasy world.

The Princess Diaries: This is a perfect movie for grandmothers to watch with granddaughters! It stars Julie Andrews as the queen of a far-off country who shoes up to tell her granddaughter Mia, an awkward Anne Hathaway, that she is in fact a princess! Every girl’s dream, right? Queen Clarisse must groom Mia to become the princess her country needs, but maybe Mia’s free spirit will rub off a little on her?

Any of these great movies kids can watch this summer with their grandparents would be a fun way for your child to bond with grandma or grandpa, especially on a rainy day! Sitting together on the couch, snuggling up and talking about their favorite characters is such a fantastic way for kids and grandparents to get to know each other a little better.

Have you watched any of these good family movies that kids can watch with their grandparents this summer? Which is your favorite?