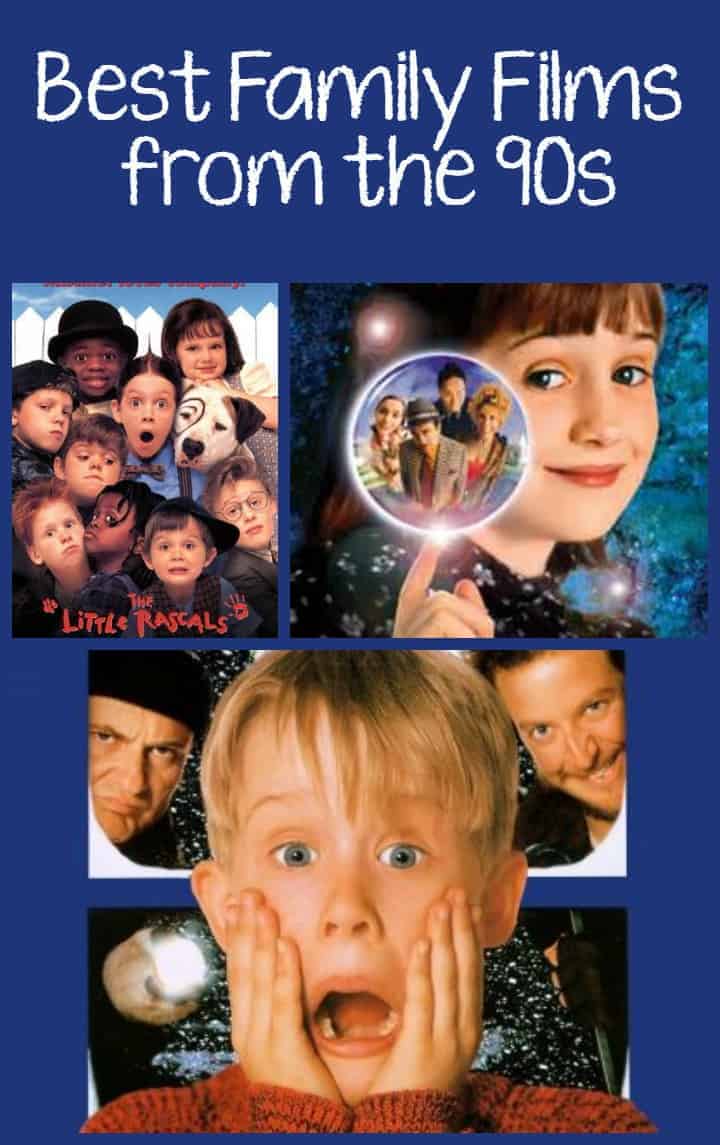 Here are some good family movies from the 90’s.

This post contains affiliate links. Thanks for the support.

Home Alone is a 1990 Christmas family comedy starring Macaulay Culkin, Joe Pesci, Daniel Stern, John Heard and Catherine O’Hara. The movie is about the McCallister family, who take a trip to Paris for the holidays. The problem is that when the family left in the morning for the airport, they forgot someone: the youngest son, Kevin. While Kevin initially had fun at home by himself, dining on pizza and messing up the house, he soon discovers two burglars are trying to break into the family home. Kevin is now on a mission to booby trap is house to catch the criminals and bring them to justice. This is one of my favorite family movies from the 90’s. Kids and older one will have a good laugh.

The Little Rascals is a 1994 comedy starring Bug Hall, Travis Tedford, Brittany Ashton Holmes, Kevin Jamal Woods, Zachary Mabry, Ross Bagley, Sam Saletta, Blake Jeremy Collins, Blake McIver Ewing, Jordan Warkol, Courtland Mead, Juliette Brewer and Heather Karasek. The movie is an adaptation from Our Gang, a series of short films from the 1920’s, 1930’s and 1940’s from Hal Roach. The Little Rascals follows the adventures of Spanky and his buddies. Most of the movie is centered on Alfalfa’s crush on Darla. The problem is that the club he and his buddies belong to is called the He-Man Womun Haters Club. Spanky demolishes their clubhouse about learning about Alfalfa’s crush. To rebuild the club, they need money so the team enters a go-kart race. Do the kids get to rebuild their club? What happens with Alfalfa and Darla?

Matilda is another good family movie from the 90’s. It’s a 1996 fantasy comedy starring Mara Wilson, Danny DeVito, Rhea Perlman, Embeth Davidtz and Pam Ferris. The movie is based on the 1988 book of the same name by Roald Dahl. Matilda is a smart and sweet young girl, who is often ignored by her parents. So, she starts to read a lot until she starts to develop telekinetic powers. When her parents send her off to a school that has a mean and cruel principal, Matilda also meets one of the sweetest teachers around. Miss Honey recognizes Matilda’s special powers and helps her use them to turn the tables on those who are mean to her.

Which of these good family movies from the 90’s will you watch with your loved ones? Do you have any suggestions to add to these?