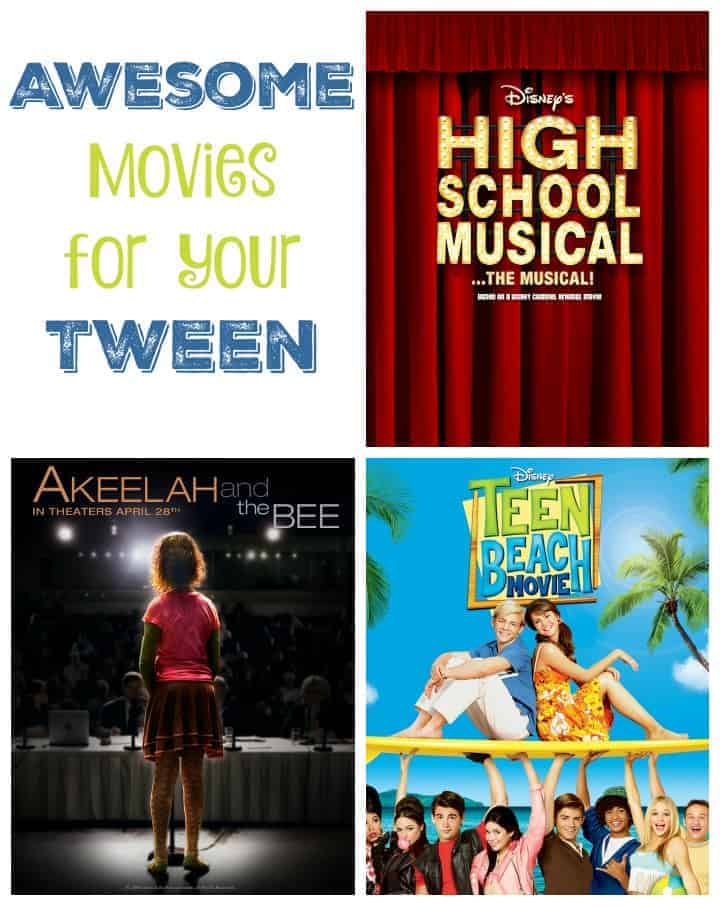 Here are some good family movies for tweens.

Akeelah and the Bee-

Akeelah and the Bee is a 2006 drama film starring Keke Palmer, Angela Bassett, and Laurence Fishburne. Akeelah is an 11-year old girl, who doesn’t have the best family life. Her father is deceased. Her mother doesn’t pay attention to her, and her brother hangs out with gang members. To steer clear of detention, due to her numerous absences, Akeelah is forced to enter the spelling bee. When she wins the competition, she is paired with Dr. Larabee, and English professor, to prepare for the national spelling bee. However, to win she must overcome her distracting home life and must get past a group of experienced spellers.

High School Musical is a 2006 teen romantic-comedy musical television film starring Zac Efron, Vanessa Hudgens, Ashely Tisdale, Lucas Grabeel, Corbin Bleu and Monique Coleman. High School Musical revolves around the lives of two high school kids, from entirely different worlds and their established social cliques. Troy, a jock, and Gabriella, a geek, meet one New Year’s Eve and instantly bond. Little do they know that they will be attending the same high school that year. The pair audition for the leads in their school’s musical. However, each set of friends tries to separate them, not approving of their friendship. Can these two somehow convince their friends to accept each other or will their friends win in the end?

Teen Beach Movie is a 2013 Disney Original Movie starring Ross Lynch, Maia Mitchell, Grace Phipps, Garett Clayton, Jordan Fisher, John Deluca, Chrissie Fit, Kevin Chamberlin and Steve Valentine. Brady and McKenzie both love the water and love the beach, spending lots of time surfing. When McKenzie finds out her family is moving, she and Brady go on one last surfing adventure. This isn’t their ordinary experience though since they are both wiped out by a huge wave and instantly transformed into a 1960’s beach turf war movie. The problem is they cannot get back home until the movie is done, leading to another problem when they change the plot.

Which one of these good family movies would you watch with your tweens? Let me know in the comment section.

27 thoughts on “3 Good Movies for Tweens”