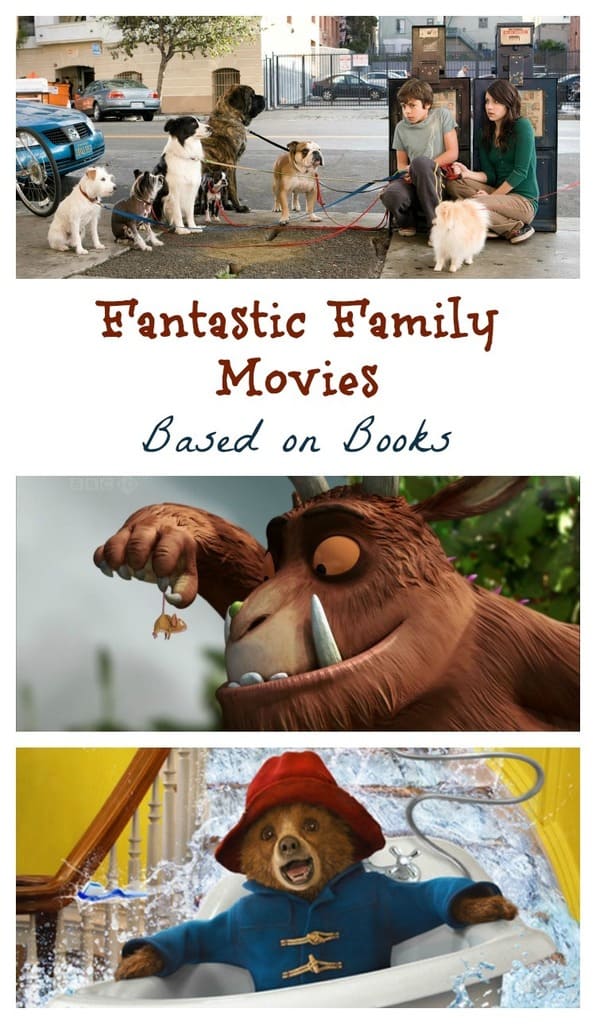 My kids love watching family movies based on books. They like watching their favorite heroes coming to live. Sometimes they prefer the way they imagined the character better than the way it is acted but still! They love the experience. They even come back and read the book to make sure it was represented correctly. It opens us interesting discussion around the family table. If you want to live this experience with little ones, here are some good family movies based on books.

Good Family Movies Based on Books

Hotel for Dogs is a 2009 family comedy film starring Jake T. Austin, Emma Roberts, Troy Gentile, Kyla Pratt, Johnny Simmons, Lisa Kudrow, Kevin Dillon and Don Cheadle. The movie is based on the 1971 book of the same name by Lois Duncan. Andi and her brother reside at a foster home, where animals are not allowed. However, the siblings are secretly caring for a cute dog, Friday. They decide to create an animal shelter from an old hotel. Friday and all his new friends are causing so much noise that the neighbors are starting to complain. It is up to the siblings to find a way to the hotel not to get discovered.

The Gruffalo is a 2009 animated television movie starring James Corden, Robbie Coltrane, Helena Bonham Carter, John Hurt, Rob Brydon and Tom Wilkinson. The movie is based on the 1999 picture book by Julia Donaldson. The movie showcases a mouse who is in search of a nut in the forest. On his journey, he comes across a snake, an owl and a fox, all who want to eat him for lunch. The mouse needs to survive, so he comes up with a story about meeting a monster named Gruffalo, causing the critters to scurry away. The little mouse is confident he is untouchable now; that is until he comes face to face with Gruffalo himself.

Related: Good Family Movies on Netflix for Your Holiday Breaks

Paddington is a 2014 live action/computer animated family comedy movie starring Hugh Bonneville, Sally Hawkins, Julie Walters, Jim Broadbent, Peter Capaldi, Nicole Kidman and Ben Whishaw. The film is based on the 1958 children’s literature fictional character Paddington by Michael Bond. Paddington is a young bear who is in the city in search of a home. He is starting not to like city life until he meets the Brown family, who offer him a place to live. However, Paddington soon catches the sights of a local taxidermist.

Did you watch one these family movies based on books? Did you read the books with little ones? Tell me.

15 thoughts on “Good Family Movies Based on Books”