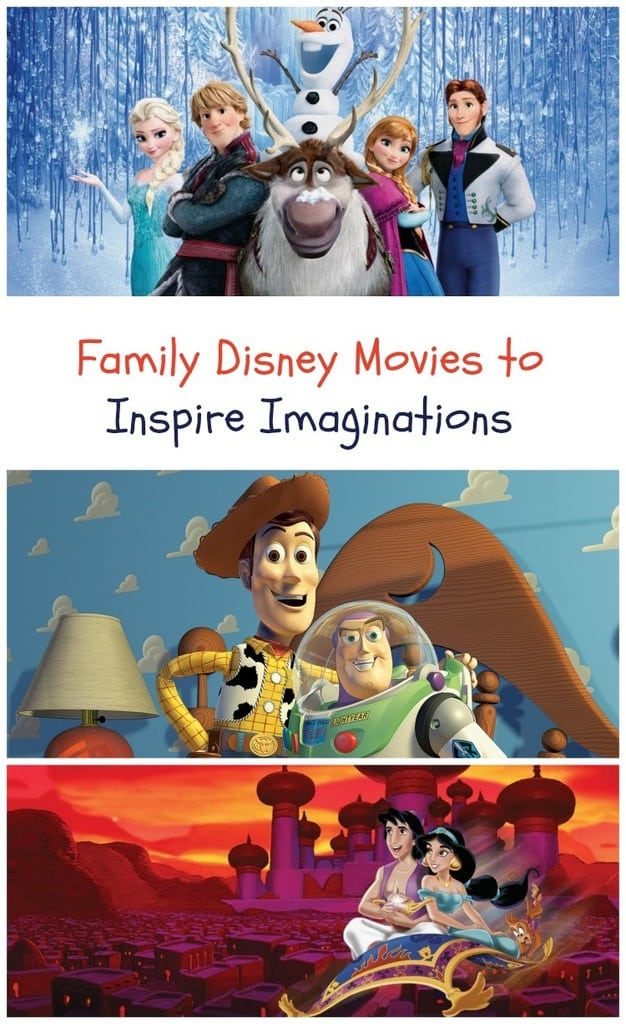 Finding good family Disney movies isn’t too hard. Disney is pretty much THE master of family movies, after all! The great thing about Disney: the fun goes way beyond the screen. Every movie they make opens a whole new world (pardon the Aladdin pun!) of exploration and imaginative fun for your child. The act of building a snowman becomes one of making a new friend who, ironically, loves the sun. A carpet becomes a magical transportation device, a rabbit hole a mysterious entrance to a magical land. Plus, let’s all be honest, we all started peeking in on our kids’ toys to see if they were talking when we weren’t looking after seeing the antics of Buzz and Woody!

Today, we’re sharing some of our favorite good family Disney movies, along with ways to take that magic beyond the screen and use it to engage really your child’s imagination.

, along with Kristoff, a mountain man, and Sven. Kristoff’s reindeer sidekick, on a journey, to find Elsa, Anna’s sister who is also the Snow Queen. They must find her to end her icy spell.

Of all the good family Disney movies in recent years, none has inspired more kids to imagine that Frozen. It’s definitely one of Disney’s biggest hits! Unleash you child’s creative side with these eight fun Frozen crafts for kids! While they craft, they can imagine that they’re Anna or Elsa, making a gift for Olaf. Take the imaginative play even further with a little Frozen dress up fun!

is a 1995 computer animated buddy-comedy adventure movie starring the voices of Tom Hanks, Tim Allen, Don Rickles, Jim Varney, Wallace Shawn, John Ratzenberger, Annie Potts, John Morris, Erik von Detten and Laurie Metcalf. Andy is like any other little boy; he loves to play with the toys in his room. However, when Andy is not in his room, his toys come to life. When the toys find out that Andy’s family is moving, he discovers there are other things he needs to worry about, like the fact that Woody may not be Andy’s favorite toy for very long. At Andy’s birthday party, he gets an action figure known as Buzz Lightyear

, who soon becomes Andy’s favorite toy. Woody is jealous of Buzz, but when the two become lost, they must bond together to get back to Andy, before he moves and leaves them behind. 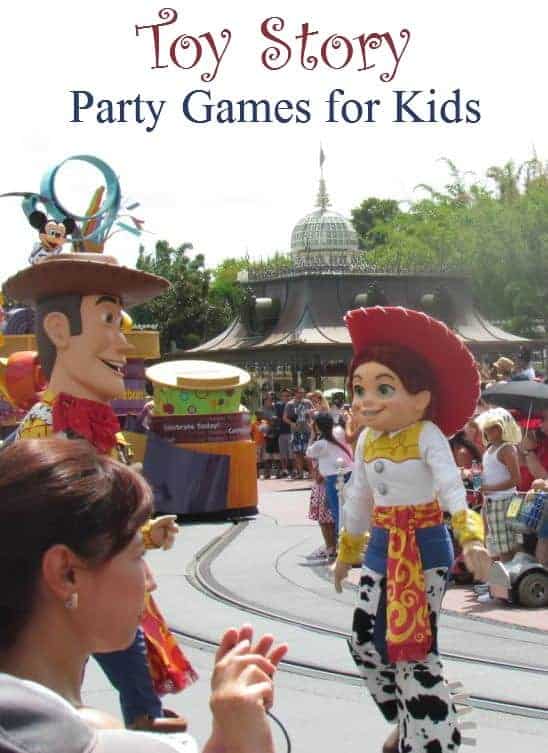 The Toy Story trilogy teaches kids about friendship and loyalty. What better way to celebrate that than with a Toy Story party? Not feeling up to having a house full of kids? Totally understand. The great thing about this movie is that it also gives kids plenty of artistic inspiration for those times they have to play alone. Tell them to imagine what their toys would say to each other! It’s fun to watch personalities emerge from the most unlikely toys in their collection.

is a 1992 animated musical fantasy film featuring the voices of Scott Weinger, Robin Williams, Linda Larkin, Jonathan Freeman, Frank Welker, Gilbert Gottfried and Douglas Seale. Jasmine’s father has given her three days to find herself a husband, causing her to become upset and run away from the palace where she resides. Outside of the palace walls, Jasmine meets Aladdin, whom she falls in love with. While Jafar casts a spell to marry Jasmine, Aladdin comes across a Genie’s lamp. Upon rubbing the lamp, this sets the Genie free who pledges his loyalty to Aladdin. With Genie’s help, Aladdin sets out to defeat Jafar and win the love of Jasmine.

Aladdin does open up a whole new world of imagination. Give your kids their “magic carpets” and tell them to describe the places they would go. Play Genie for a day! Grant them each three reasonable wishes! Obviously, you’ll need to make some rules here. Tell them that like in the movie, they have to word their wishes VERY carefully! See if their wish has any loopholes that you can take advantage of in a funny way!

These are just three good family Disney movies that help inspire your kids’ imaginations! Dig into your movie library and I’m sure you’ll come up with plenty more hits that everyone will love!

What are your favorite family Disney movies? How do you use these flicks to launch your kids’ imaginations?