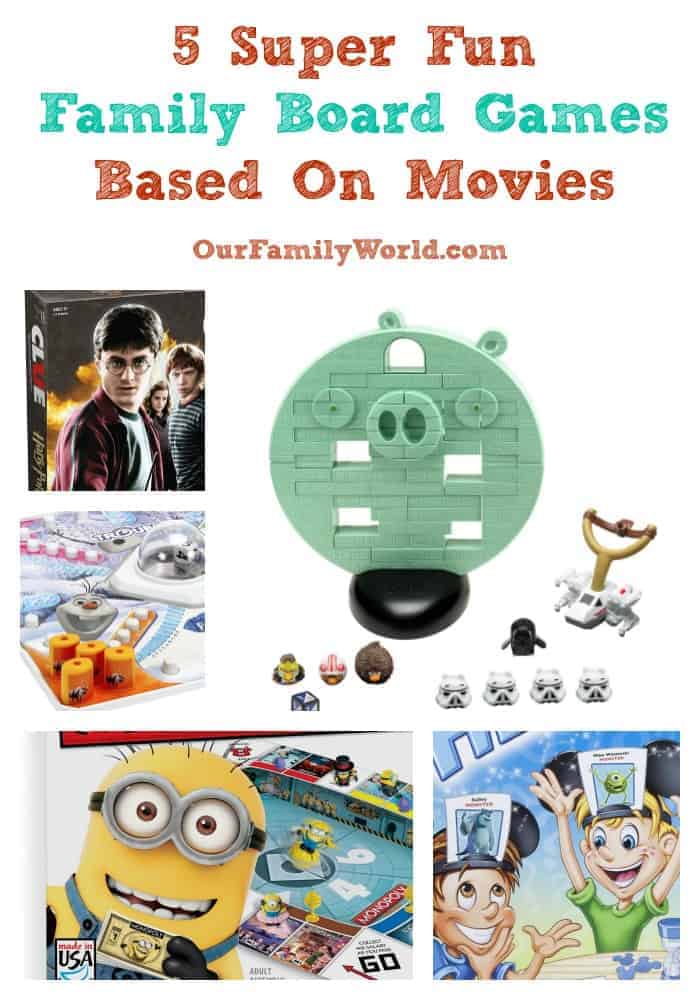 One of my favorite ways to spend some time as a family is to play board games together. We have a growing collection at our house, and I am always on the lookout for new games that are not the same games we’ve played over and over. There are a lot of board games based on fun family movies out on the market. Some of the games have mixed reviews, but others are real gems! Check out some of my favorite new family board games based on movies below. These aren’t the trusty classics with some character stickers slapped on, these are fun games!

5 Super Fun Family Board Games Based On Movies

This post contains affiliate links. Thanks for the support. 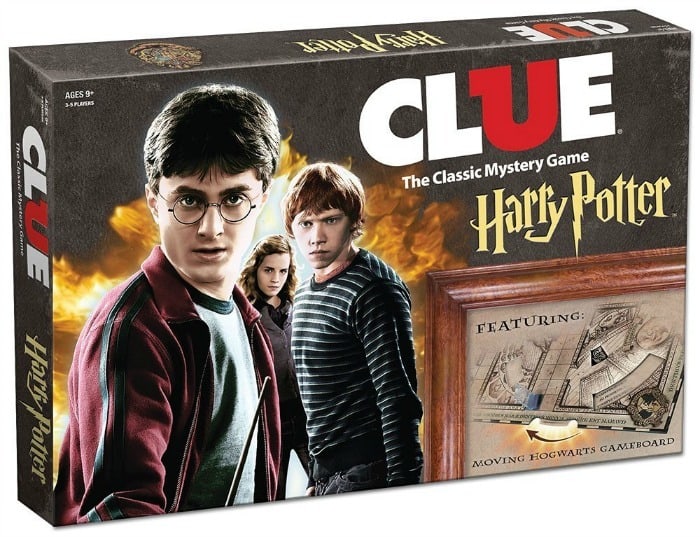 What happens when you combine the wizarding world of Harry Potter magic with the classic whodunit game? Harry Potter Clue that is more fun than the original Clue! For this game, a student has gone missing at Hogwarts, and you get to figure out who did it, what spell they used and where in the school the attack happened. If you think you know the answer, head straight to Dumbledore’s office. 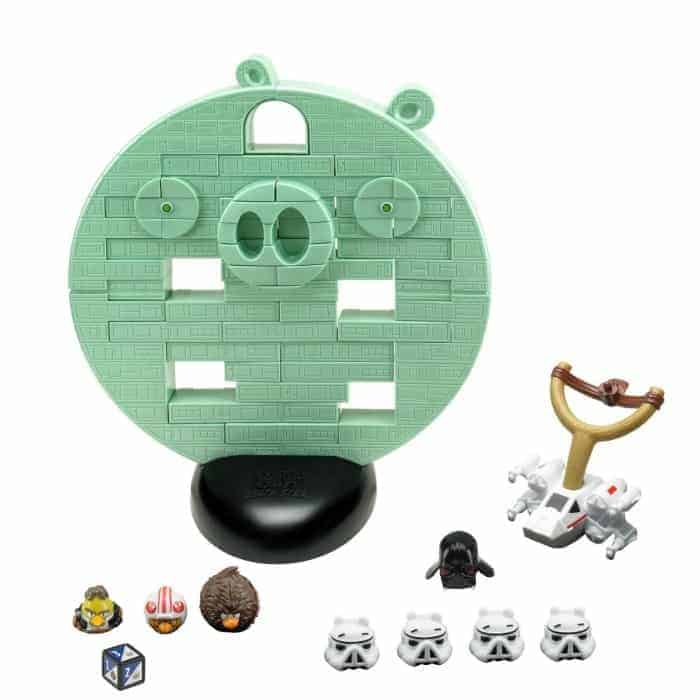 Angry Birds Star Wars Fighter Pods Jenga Death Star,  So this game was a super big hit when we went over to my cousin’s house. He has three boys of varying ages, and none of them were interested in playing board games with the family until we pulled out this version of Jenga. Suddenly the pigs were flying, the laughs were going, and I was aiming myself at the giant pig Death Star. This game had all of us, kids and adults, laughing pretty hard and was an easy game for multiple ages to play together. This game has a super simple concept (and a lot of pieces, I’ll admit!), but the kids wanted to play over and over again. 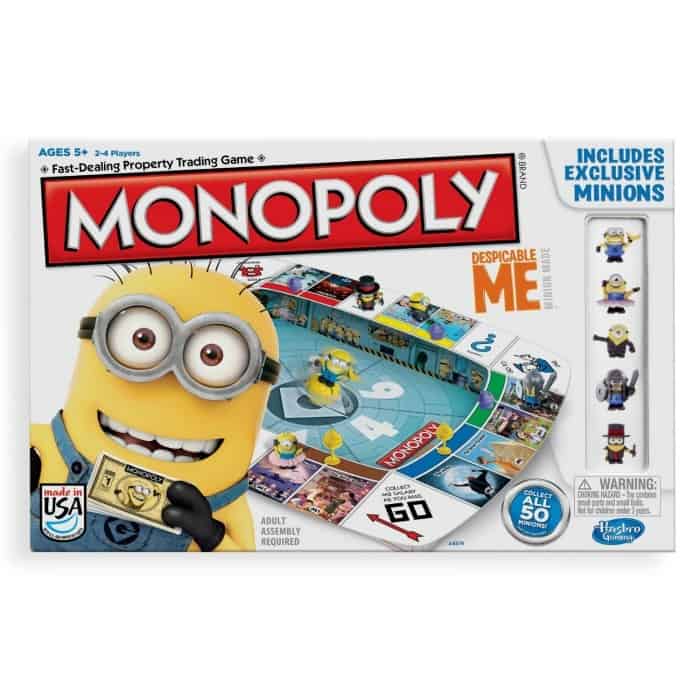 Are your kids as obsessed with Minions as mine is? Monopoly is always a fav with my family, but we sometimes are frustrated playing a super long game. You need to check out the Monopoly Game Despicable Me Edition. This is a simplified version of Monopoly with plenty of Minion novelty that leaves you feeling like you’re playing a different game. Spin the Minion to take your turn, put cupcakes on your properties and later upgrade to sundaes. This game is super cute, and you can play a full round of this fun game without losing your attention. I recommend this game for ages five and up. 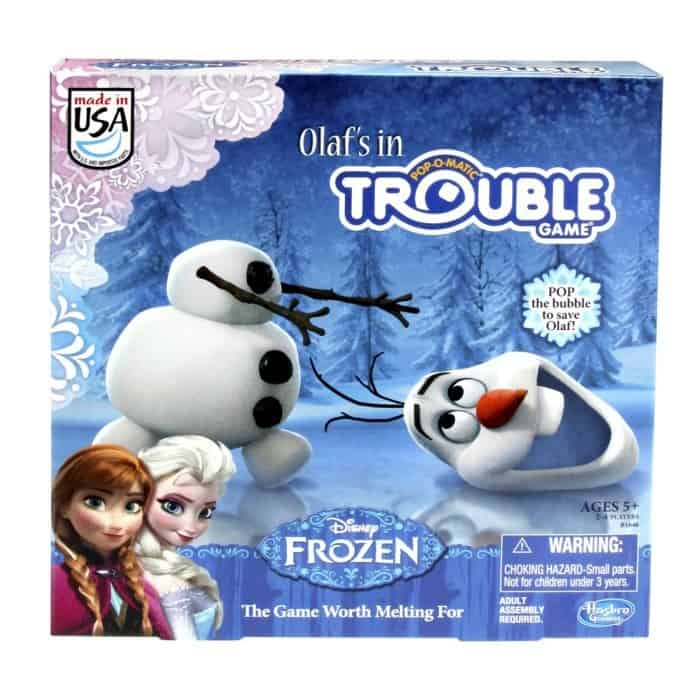 Sometimes you need a board game to keep the whole family out of trouble! Try the Frozen Olaf’s In Trouble Game. This is a spin on the traditional game of Trouble with the popping bubble in the center that helps roll the dice. Pick your favorite Frozen character and move your pieces around the board and try to get all four of your pegs back to your home.  Watch out for the avalanche which adds a twist to the game. 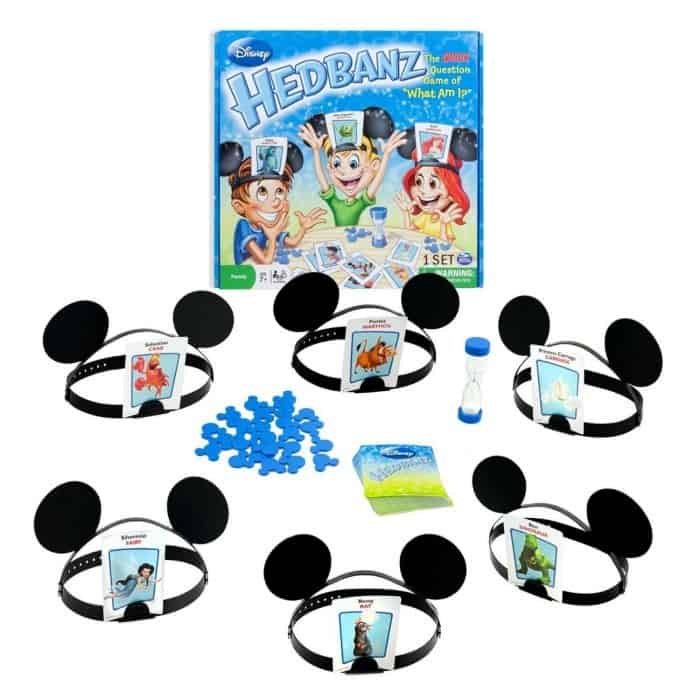 The Disney Hedbanz Board Game was a super fun game that our family really enjoyed. My four-year-old was a bit young for this game, but my cousin’s kids who were six, eight and eleven had a blast playing this fun game. Put on your mouse ears and ask questions of the other players to try to guess the Disney movie character on your card. This is a seriously fun game!

So which of these fun board games based on movies would you give a try? Tell me about your favorites in the comments!