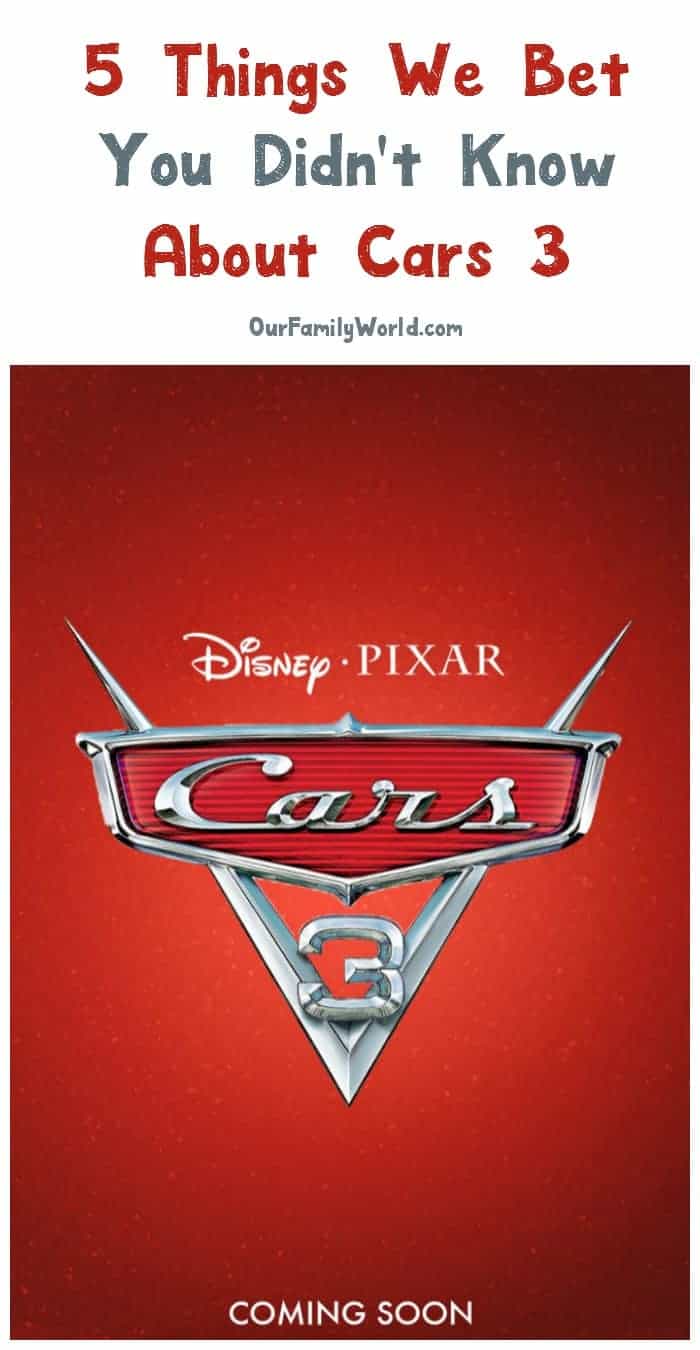 Think you know everything about Lightning McQueen and his friends? I bet our Cars 3 movie trivia has a few new surprises in store for you! If you haven’t heard the big news, Cars 3 is a computer-animated comedy, drama, sports movie that is due to be released in theaters on June 16, 2017. A few months ago, we shared a sneak peek at the first trailer. While it was just a short glimpse into the newest installment, it definitely seemed different than the previous two movies. A little darker, a little more intense. Let’s check that out again, then we’ll learn some interesting Cars 3 trivia!

*This post contains affiliate links. Thanks for your support!

Cars 3 is his directorial debut, although he is not new to the world of cinema. He was the storyboard artist for Cars in 2006 and Cars 2 in 2011, as well as Ratatouille in 2007 WALL-E in 2008. An interesting note: John Lasseter was the director for Cars and Cars 2. Lasseter was promoted to Chief Creative Officer of Pixar Animation Studios and Walt Disney Animation Studios in 2006.

There are 13 cast members in Cars 3 who were also in Cars and Cars 2:

There are 5 cast members who are brand-new to the Cars movie franchise:

The Cars movie trilogy were all released the same year as one of the Pirates of the Caribbean movies:

Cars 3 opens everywhere 6/16. Purchase your tickets in advance from Fandango and don’t get sold out!

Have you heard any interesting Cars 3 movie trivia? Are your kids excited about seeing this film? Tell us below!