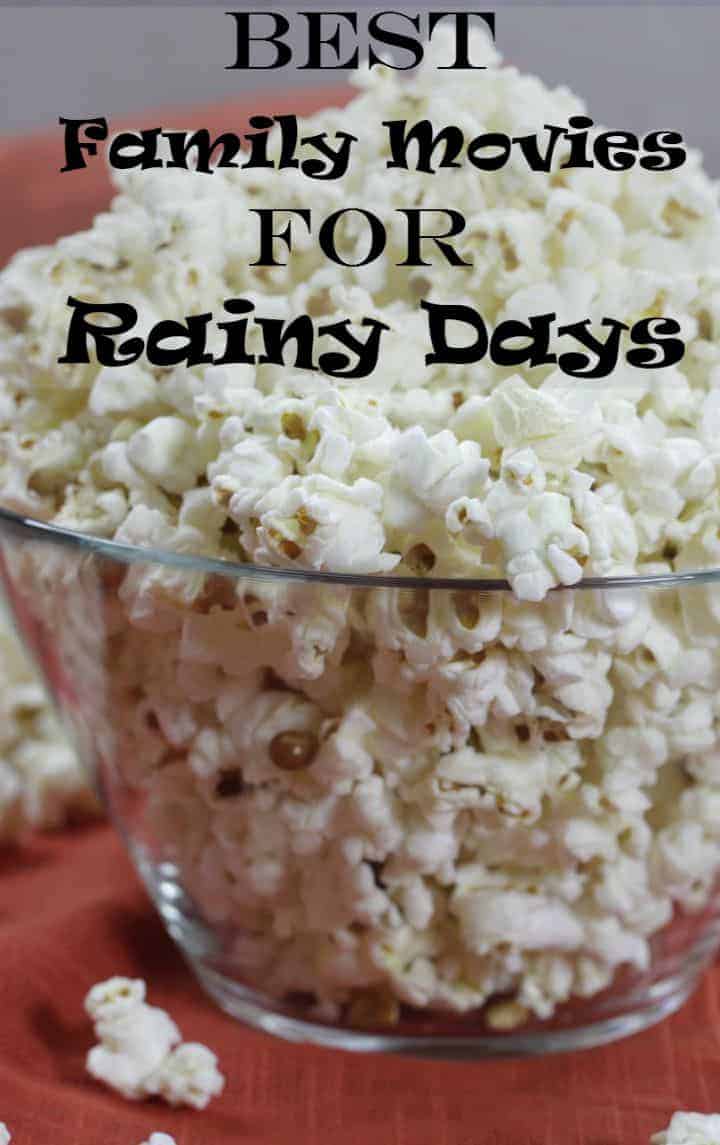 Looking for the best family movies on rainy days? Don’t worry, we have you covered! It’s not just April showers you have to worry about. November is one of the rainiest months too it seems. There’s even a sad old 80s hair band song about it.  When you and the kids are trapped indoors on cold November rainy days, load up on your favorite flicks and pop the popcorn! The time will pass right by before you know it! Let’s check out these best family movies on rainy days!

Related: Best Movies for Kids to Watch with Their Grandparents

Up– 2009- rated PG- voices include Ed Asner as Carl, Christopher Plummer as Charles, Jordan Nagai as Russell and Bob Peterson as Dug. This is a great family about an old man who is rather grumpy and is being forced out of his home to make room for a new building. He decides to tie hundreds of balloons to the roof of his home to prevent it from being demolished. He guides his house to a place he loves but encounters a young boy along the way.

The Goonies– 1985- rated PG- stars Sean Astin, Josh Brolin, Jeff Cohen, Corey Feldman, Kerri Green, Ke Huy Quan and Martha Plimpton. Most people who grew up in the 80’s will remember this film. The Goonies are a group of friends who set out on a journey after they come across a pirate treasure map.

Despicable Me– 2010- rated PG- voices include Steve Carell as Felonious Gru, Jason Segel as Victor, Russell Brand as Dr. Nefario and Miranda Cosgrove as Margo. This movies tells the tale of a mad scientist who wants to become more popular by being bad. He cooks up a plan to get into the house of his arch nemesis. It is a great movie for the whole family with lots of laughs and cute characters.

E.T the Extra-Terrestrial- 1982- rated PG- stars Dee Wallace, Henry Thomas, Robert MacNaughton, Drew Barrymore and Peter Coyote. E.T. is an extra-terrestrial that was left on Earth accidentally. He happens upon the home of a young boy who tries to help his contact his home family. The young boy, along with his brother and sister, do everything they can to elude the government and scientists who are out to capture E.T.

Any of these are great family movies on rainy days, so grab one or grab them all! Then pile the blankets on the floor and snuggle up together for a fun film festival!

Do you have any favorite family movies on rainy days? Tell us in the comments!