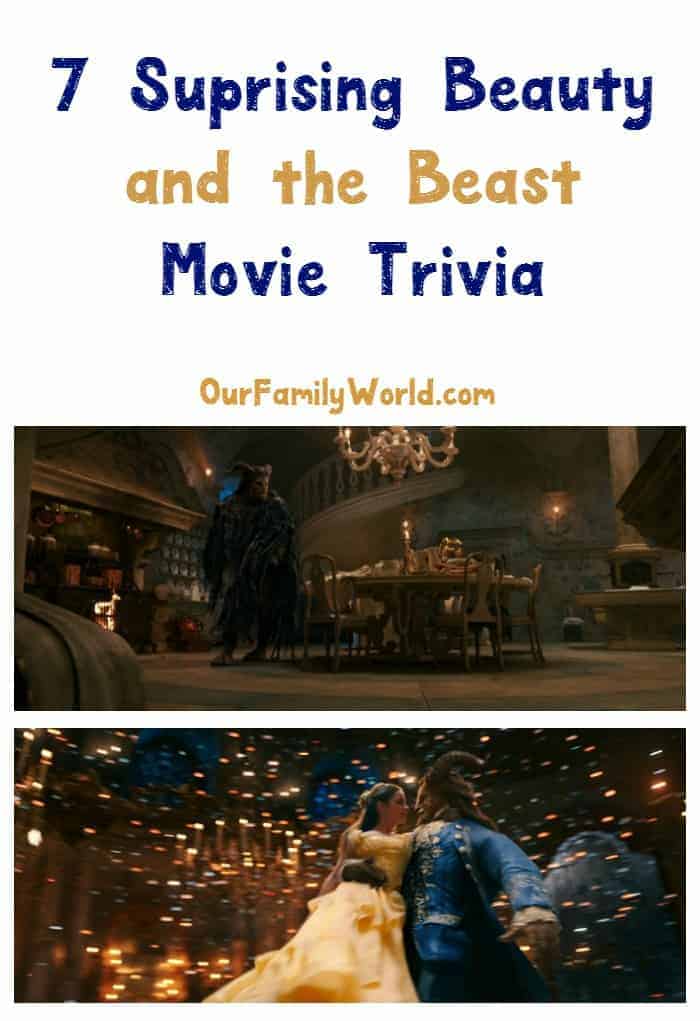 I’ve been reading up on a lot of Beauty and the Beast movie trivia lately. I’ve been so excited about this one since my first peek at the magical trailer! First, I absolutely LOVE Emma Watson and I think she’s going to make such an amazing Belle. Second, this was one of my favorite Disney movies growing up and I can’t wait to see it brought to life. The movie comes out on March 17, which isn’t nearly as far away as it seems. It will be here before you know it! In the meantime, check out these surprising and fun Beauty and the Beast movie trivia I’ve discovered!

Related: Watch this Breathtaking New Beauty and the Beast Trailer!

Beauty and the Beast Movie Trivia

The teaser trailer for the movie debuted on Good Morning America on May 23, 2016. Within the first 24 hours after the release of the trailer, it had gained 91.8 million views. The first theatrical trailer for the movie premiered on Good Morning America on November 14, 2016. The theatrical movie trailer gained 127.6 million views within the first 24 hours after its release.

While Emma Watson has appeared in several movies including the role of Hermione Granger in the Harry Potter movies, the role of Sam in the 2012 The Perks of Being a Wallflower and the role of Nicki Moore in the 2013 The Bling Ring, the upcoming Beauty and the Beast will be her first role in a Disney movie.

Did you know about of these Beauty and the Beast movie trivia? Share any other fun facts you’ve heard below!