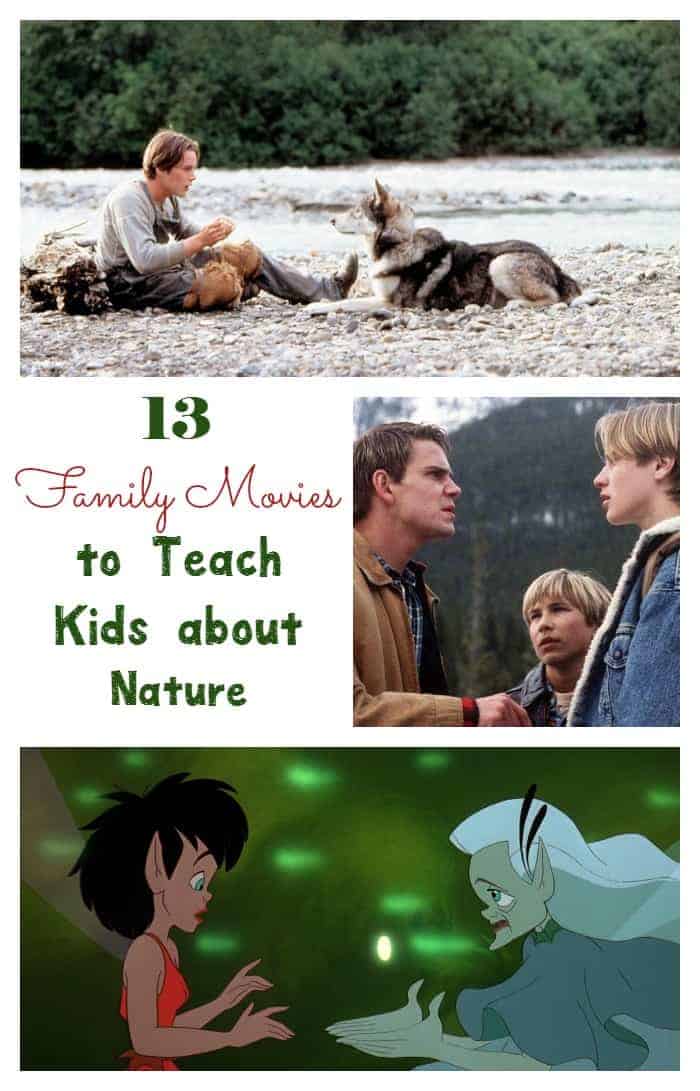 When I want to teach my kids about the environment or animals, I turn to one of these good family movies about nature. I find that they relate better to the message I’m trying to get across when they see how it affects the characters in the film. I remember growing up watching Fern Gully, it was the first movie that taught me that we have to protect the environment and the creatures within it, but it did it in such a funny way that I didn’t realize I was learning. Check out these good family movies about nature that will help your kids learn without even knowing it.

White Fang is a 1991 adventure movie that is based on the 1906 novel of the same name by Jack London. The movie has one sequel: the 1994 White Fang 2: Myth of the White Wolf. It stars Klaus Maria Brandauer, Ethan Hawke, Seymour Cassel and Jed the Wolf Dog, as White Fang. Jack is a young gold hunter who is searching for gold in Alaska. One day, Jack saves a dog-wolf from a mean man, and the two develop a bond. The dog-wolf name is White Fang and later is he taken from Jack, to be part of a dog-fighting ring, turning him into a killer. One day, Jack and White Fang meet again and bond again instantly. When criminals want to steal Jack’s Gold, White Fang is the only one who can fight them off.

Fern Gully: The Last Rainforest is a 1992 animated fantasy environmental film that is adapted from the 1977 book of the same name by Diana Young. It features the voices of Johnathan Ward, Samantha Mathis, Tim Curry, Christian Slater, Robin Williams, Grace Zabriskie, Geoffrey Blake and Robert Pastorelli. Fern Gully is a rainforest where a group of fairies lives. The fairies have never laid eyes on humans until one of the fairies leaves the rainforest and discovers humans. She meets Zak, a man who is part of the crew destroying the rainforest, whom she accidentally shrinks. What happens when the humans release an evil creature upon Fern Gully?

Wild America is a 1997 adventure comedy movie starring Jonathan Taylor Thomas, Devon Sawa, and Scott Bairstow. Wild America tells the tale of the Stouffer brothers: Mark, Marty and Marshall. They aren’t interested in being a part of the family business: auto parts hawking business. So, the three brothers set out on a dangerous camping adventure across the country, with the goal of filming their encounters with wild animals.

Do you have any favorite family movies about nature? Share in the comments!