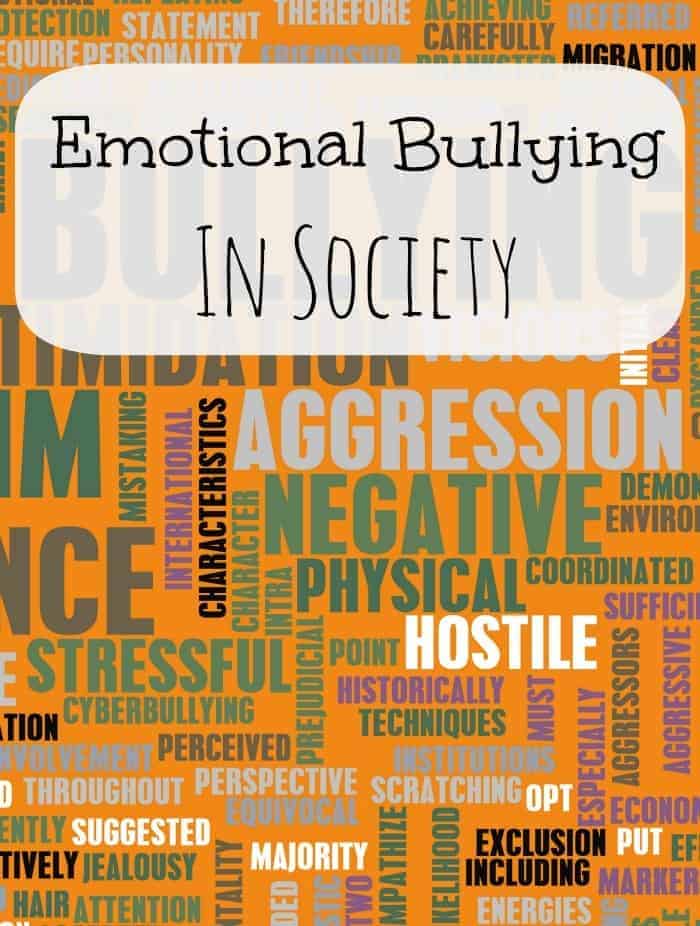 As we have discussed in the past, physical bullying is not the only form of bullying out there. Many people are in fact bullied daily on an emotional and mental level. Emotional Bullying In Society is something that we tend to brush past and ignore if possible, because when it comes to emotions, many individuals still want to stay private. With the influx of cyber bullying in the last decade, emotional bullying has become more prevalent amongst peer groups and poses a true threat to our children and ourselves.

Emotional bullying in society takes many forms. Some of these forms are often over looked or not recognized as such, but we must open our eyes to our own short comings and the lack of compassion we have for those around us. Take stock of your common actions toward and regarding others and determine if you personally are in some ways being an emotional bully to those around you.

Get more information about preventing bullying in our Stop Bullying Tips article.

What are your thoughts on emotional bullying in society? Tell us in the comments.