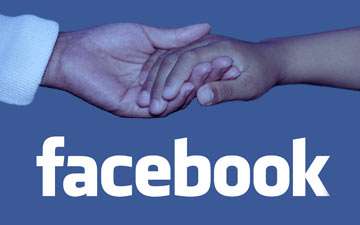 Bullying is a major issue that has affected children all over the world pretty much since the beginning of mankind, but with the rise in popularity of social networking, kids have found yet a new way to be cruel to each other. Cyber-bullying is a new concept to those of us who didn’t grow up with the internet, but to kids living in the digital age, it’s quickly becoming a serious problem. With more and more kids signing into Facebook, it stands to reason that the website could easily become a tool for bullies to use against their victims. Facebook decided to take measures to help ensure that didn’t happen by introducing new tools to help prevent bullying on their site.

The social networking conglomerate worked together with Berkeley, Yale, and Columbia to come up with a tool designed for kids ages 13 and 14. The main part of the tool adds a button similar to the “report this post” function that already exists on Facebook. When kids click the button, they’re taken to a questionnaire to access their feelings and determine how best to proceed. In minor cases, kids can choose from a set of pre-written responses to send to the bully. In extreme cases, they may be referred to a link to a professional where they can get information about suicidal feelings and other extreme emotions.

A Good Start to Preventing Bullying

The new tools on Facebook are a great start to helping prevent bullying, and the fact that kids are given the ability to help resolve the situation can go a long way to helping improve their self-esteem. Facebook went the extra mile by even setting up its own suicide hotline. The tools also allow kids to anonymously report the bullying to other people in their social network, such as a parent or trusted teacher. Basically, if one of your child’s friends saw someone bullying your child, she could let you know without actually telling you herself in person and risking the social stigma that goes along with “telling.” Yes, in an ideal world, “telling” would be considered an act of bravery and children would thank each other for having their backs, but until we reach that ideal, it is important to give kid a way to do the right thing without putting pressure on them socially.

Of course, the tool alone isn’t enough to prevent bullying, so parents and children will need to continue working together to come up with more ways to reduce the problem. Educating your children about respecting others and speaking up when they see someone being bullied can go a long way to keeping them safe. Monitoring their online activity is also important. Parents cannot rely on a social network site to ensure that it is a bully-free zone. Your children may see your monitoring as an invasion of their privacy, but as a parent, you do have a right to check up on them. Exercising that right can make a huge difference in their lives.