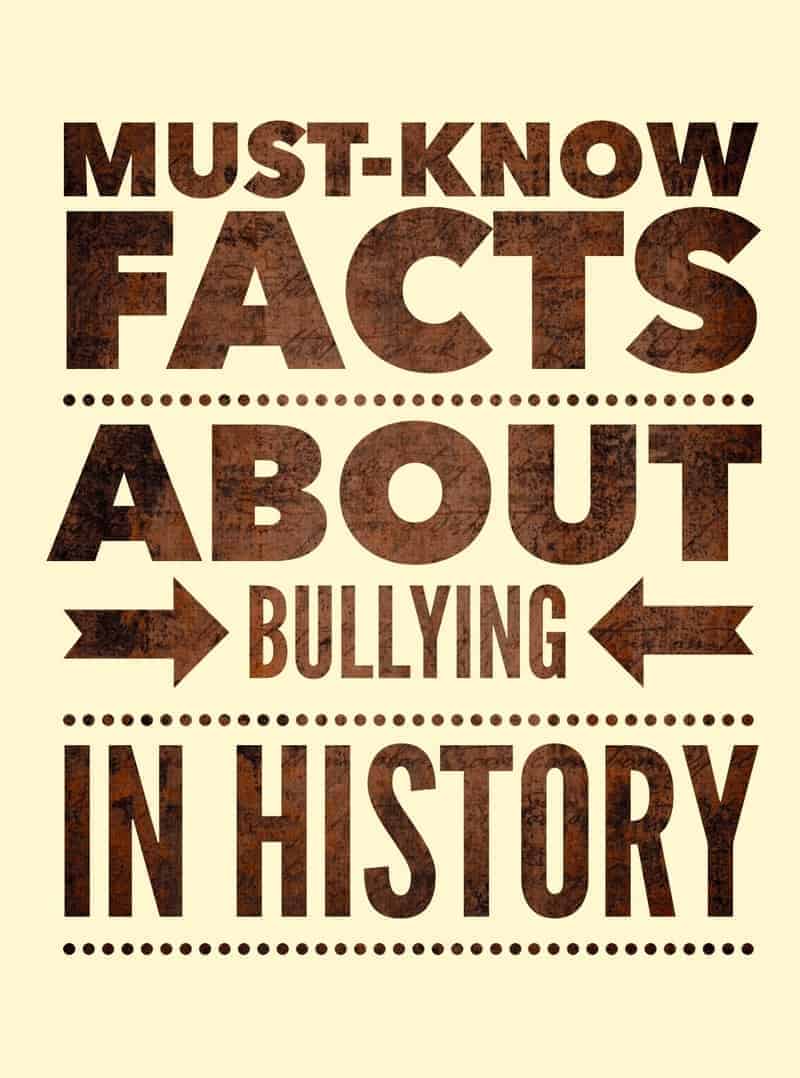 When you are trying to understand how bullying works, these Bullying Facts About Bullying In History are important to consider.  Bullying is not something new.  It has been around for centuries in various ways.  While there are many reasons we can already have to hate bullying, here are some well known things in history that can back up your claims that bullying is no laughing matter.

Bullying Facts About Bullying In History

These bullying facts about bullying in history are there to prove that it is not something that has just become an issue in the last few years.  Bullying has existed amongst children and adults for hundreds of years.  It is not something to overlook, scoff at or pretend is a problem “in their head”.  Bullies exist.  Children are abused by bullies.  Adults are abused by bullies.  It is time to fight back with our words and efforts to stop this crime.

Do you know of any facts about bullying in history that we missed? Share in the comments!

24 thoughts on “Did You Know these Five Facts about Bullying in History?”