A quick search through your favorite search engine will show that bullying bills are all over the news right now. Several states are working on legislation that they really hope with help prevent bullying. The big question is, will they really work? Let’s take a look at a few potential bills and see! 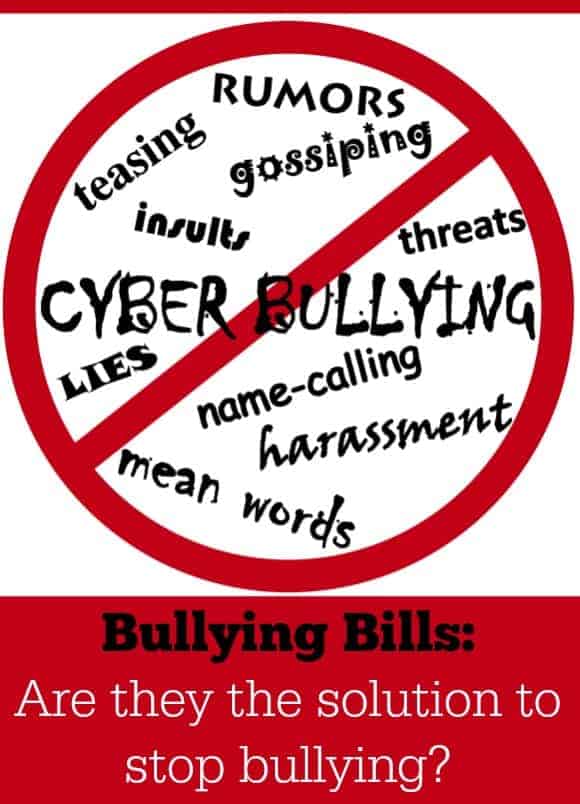 Bullying Bills in the Works across the US and Canada

Let’s take a quick look at the bullying bills in the works as of now. Now, I’m not exactly an expert on bills themselves, so I can’t explain all the ins and outs of every aspect of them. In order to determine if bullying bills are a good solution, though, we need to at least know the basics!

So will these bullying bills really work?

The big question remains: will bills to stop bullying really work? As much as I want to say yes, I can’t. The thing is, there are so many other things in this country that are illegal, yet people still do them. I am concerned that students will just find ways to hide their bullying, threaten more kids into silence, and so on. Then there is the matter of schools not reporting bullying out of fear of being penalized.  Still, I support bullying bills because at least it shows that we’re TRYING to do something. It’s a step in the right direction. The caveat? Bullying bills must be straight-forward and clear. Sadly, the US has a long history of vague bills with strange add-ons that have nothing to do with the topic of the bill itself.

Putting a stop to bullying is an ongoing journey for all of us. Sadly, bullying has probably occurred since the first men stood upright. Sadly, it will likely occur as the sun finally blinks out in millions of years. Does that mean we stop fighting bullying? No. We continue fighting and hope that, even though we know we can’t stop it, we can at least reduce the problem. Think of it this way: we still have no cure for the common cold, but that doesn’t stop us from washing our hands to keep from spreading germs. Just because we can’t completely end a problem doesn’t mean we don’t try to prevent it. Bullying bills may not be the cure, but if they prevent one child from committing suicide over bullying, it’s worth a try.

What do you think? Are bullying bills the solution? Will they work?

14 thoughts on “Are Bullying Bills the Solution to Stop Bullying?”