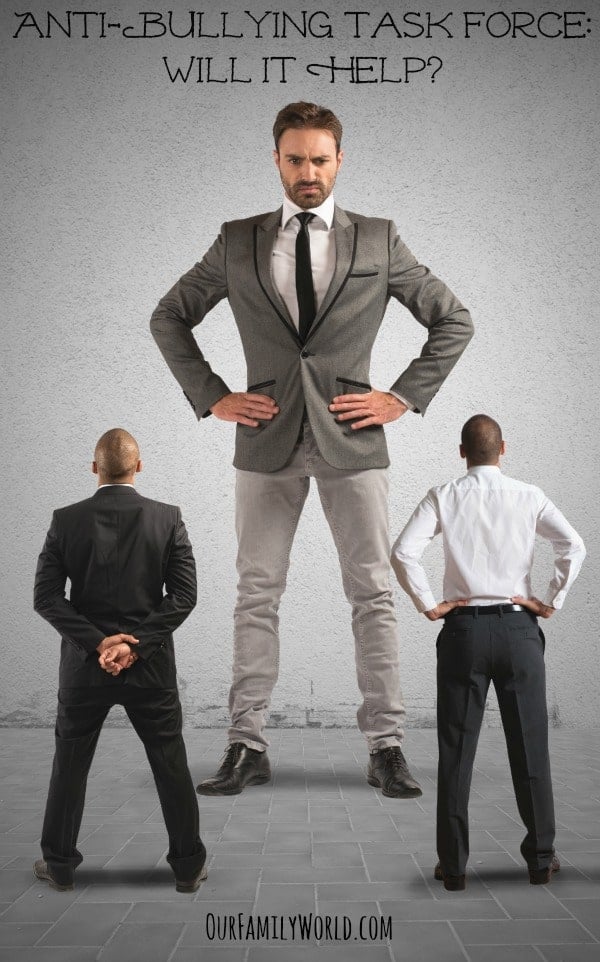 Today we’re talking about an anti bullying task force and whether it will help. While parents, students and teachers have been working diligently in recent years to stop bullying, it sadly is still a huge issue for our children.  In fact, such an issue that studies have shown nearly 8% of Kentucky students have attempted suicide in the last year.  To combat this effort, the residing Kentucky Governor Beshear has appointed an anti bullying task force to combat the problem.  The question on everyone’s mind is still, Anti Bullying Task Force: Will It Help?  While we believe that the more people involved the better chances of ridding our society of this problem, we are also leery of the ability to see marked results with this task force.

What Can They Do?

Since an Anti Bullying Task Force would be in a position to fight against bullies in schools, we are hopeful that they could put into place further legislation to criminalize bullying.  While not every bullying incident is worthy of criminal treatment, there becomes a point where you must draw the line for what is too much.  Having a group of people fighting for stricter laws, better education for parents & teachers and extended counseling for victims are all just a few of the things we would hope would come of this.

What Are Our Concerns?

Since in some states, Kentucky being one, there is already legislation in place regarding bullying and it is not slowing incidents of bullying, how can we feel this task force can help?  We are concerned about more resources going into something that isn’t effective in the community.  We are worried about how the teachers and schools will view having another group coming down on them for not providing sanctuary for their students.  We ultimate wonder if this effort will be effective at all in the bullying cause.

We want to see changes made for the better.  That means that bullying needs to be stopped at its root – not at its branches.  While we can prune back the branches, without removing the root we still have a chance of more branches growing and doing the same damage.  Bullying starts inside the individual.  While there are many factors that create bullies, the bulk of those reasons are because of a lack of emotional and mental health.  Until we get to the root and begin treating our students as whole individuals who need our love and help not just with their education, but with their entire life, we will never see the changes we seek.

We will support any anti-bullying task force that crops up, and we will remain hopeful that it will indeed create the changes we desire in our communities.

What do you think? Will an anti bullying task force help?

9 thoughts on “Anti Bullying Task Force: Will It Help?”