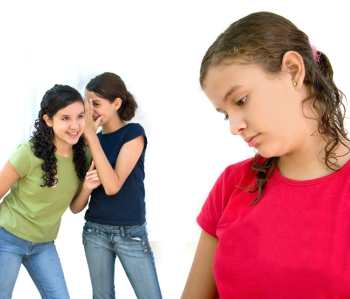 As if victims of bullying don’t already suffer enough at the hands of the aggressor, studies indicate that they are also at an increased risk of harming themselves. A recent study performed by Kings College London and published in the British Journal discovered that bullied children under the age of 12 were a whopping three times more likely to hurt themselves than children in the same age group who were not victims of bullying.

Cutting is a sadly common problem among young teenagers, but self-harm in younger children is becoming increasingly problematic. The most affected age group in the pre-teen years tends to be around 11-12 years of age. Children who cut tend to do so for many years. It becomes like an addiction for them, and they get better and better at hiding it.

Why Do Victims of Bullying Engage in Self-Harming?

Children who cut themselves are typically trying to cope with some type of severe emotional pain. This can include depression, anxiety, or anger. When kids are being bullied, they are often dealing with all three emotions. Being subjected to daily teasing can lead to depression. The anxiety often comes from the constant pressure of wondering what the bully will do next and how to stop bullying from happening. Anger can be directed at the bully, parents, and the school.

Warning Signs of Self-Harming Behaviors as a Result of Bullying

The warning signs of self-harming behaviors as a result of bullying are similar to those in any child who engages in cutting or other methods of injuring himself. These include:

If you think your child is a victim of bullying or engaging in harmful behaviors, it is important to intervene right away. The first step is getting your child to a counselor or therapist. In extreme cases, your child may need inpatient treatment, particularly if she exhibits signs of engaging in suicidal behavior.