What do you know about friendship bullies? Sadly, it’s the danger that often gets missed when discussing bullying. 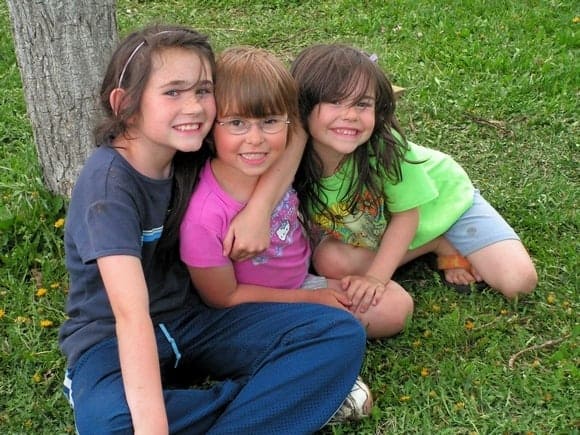 My wife and I were fortunate enough to be blessed with two miracle daughters that bucked all the odds. My twins were born at only 25 weeks and were not given much chance of survival. They each had their challenges suffering through multiple surgeries and countless procedures before finally be allowed to come home to our waiting arms. They were relatively well at that point, but we still had years of therapies both in home and at the hospital, and an uncertain future as to how they might progress mentally and physically.

After a ton of prayers and plenty of hardships, my girls are now blossoming sixth graders that make straight A’s in school. They are bright, energetic and full of life. Both of my girls were smart, but they both had things about them that made them targets. They were both very small for their ages, and they had experienced limited social skills due to being kept close to the vest early on. For a very long time we were unable to let them out and about as much as other kids due to immune systems and so on. Bottom line, they were and are behind socially. This made them easy targets and we struggled with the decision to send them to public schools.

Finally, we decided that not sending them would leave them even more susceptible down the road. With plenty of nerves, we sent them off for that first day. It did not take long before we got reports of bullying going on. In the beginning it was minor things, but they still were enough to raise your blood pressure. Nothing is worse for a protective dad like me than to hear about my daughters being picked on.

Over time, the girls worked through it. I thought we had the problem licked until one day I was hit out of left field.

My daughter Valerie had a very close friend that we will call Jackie that had spent the night at our home several times over the years. She was the closest thing Valerie had to a best friend outside of her sister Brooke. The ended up going to school together and stayed friends.

One Halloween, Valerie met up with Jackie and spent Halloween trick or treating together. The next year she avoided the same scenario. This was the first indication that something might be wrong, that we may be looking at friendship bullies. When we asked her why she did not want to trick or treat with Jackie, she blew it off like it was no big deal.

About a week later, we were all at the kitchen table for supper. As we were eating, I could see a look in Valerie’s eyes that said something was amiss. I asked her what, and the floodgates opened. Suddenly she was bawling her eyes out. After some time, I find out what had happened.

Jackie had written her a letter saying that she and her new friends didn’t want to be her friend anymore. The letter was callous and very hurtful and my daughter was crushed. This was a girl that she considered one of her few friends.

My wife and I spent hours talking with her and explaining that friends can be quite mean. Kids do things that they normally would not do when they are under pressure and that same friend might be your friend all over again the following year. Most of all, we held her and explained that Jackie was not much of a friend to start with if she was going to treat her that way. You could almost instantly see Valerie’s self confidence increase.

This made me think of the countless hidden friendship bullies that exist out there. These girls had targeted Valerie as an outcast and made her feel horrible for several days before we finally discovered what was going on.

The important takeaway here for me is that it could have been so much worse. Across our country, it is worse on a daily basis. Had there not been an intervention by my wife and I, how bad would it have gotten?

I see this as a learning experience.

These things are all important to fighting the bullies of the world, including friendship bullies. The last thing you want is for your kid to feel alone. Bullies don’t always take the form of the big kid with metal spikes around his neck and piercings. Sometimes they are the sweet little girls that you once fed pizza to at a slumber party.

Keep that in mind as you fight your way through. Don’t ever take your eyes off the ball. Your kids are depending on it.

Have you ever dealt with friendship bullies with your kids? How did you handle it?

5 thoughts on “Friendship Bullies – The Hidden Danger That Gets Missed”