Coming up with cute & creative baby names that most people haven’t heard is definitely not an easy feat! Don’t worry, though, we’ve taken some of the work out of it for you with these 32 names for boys and girls that you don’t hear every day. I bet there are at least a few that you’ve never heard of! 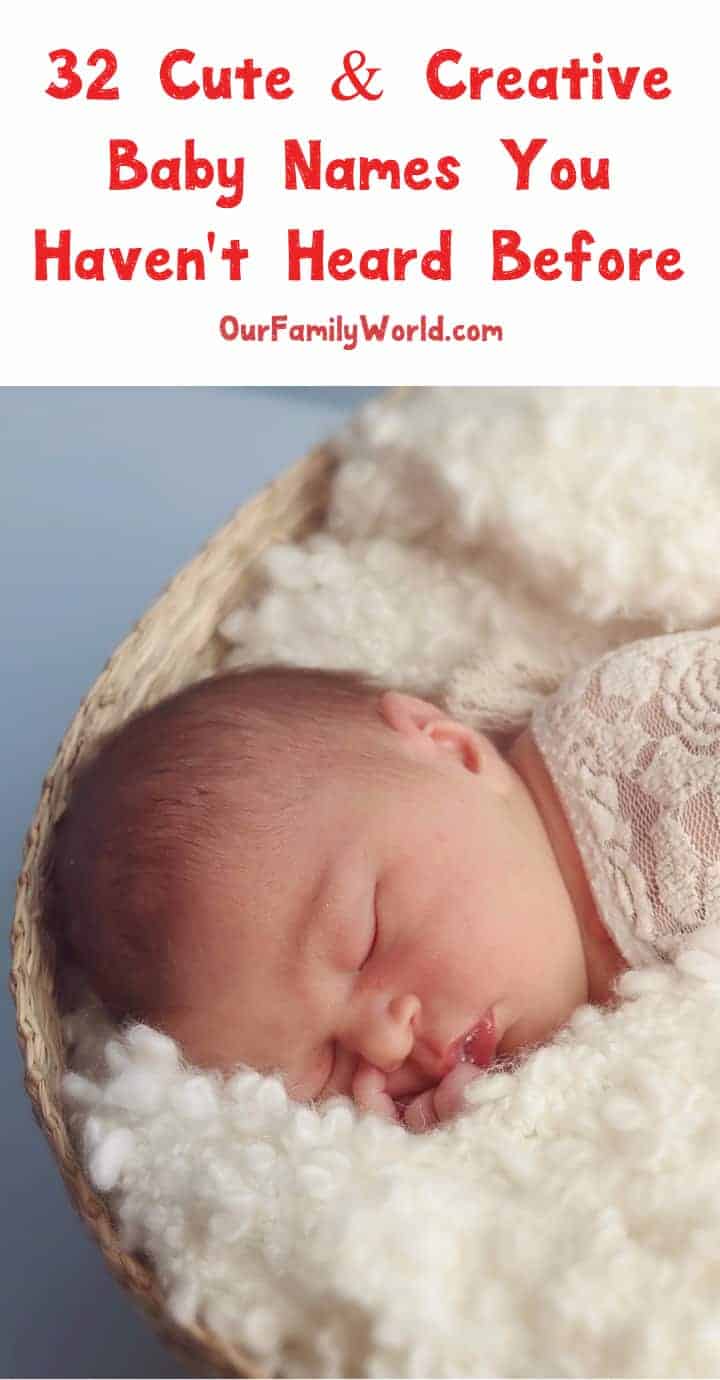 Once upon a time, parents plucked names from the family tree or went with whatever the most popular baby names were of the day. If you wanted to go against the grain and come up with unique baby names, your choices were pretty much endless! Somewhere along the line, though, classic baby names started going extinct as more parents wanted their kids to have something a little more original. I think it must have happened sometime in the 70s, when all of the “flower children” were naming their babies things like Moon Unit and Dweezil.

Now, with celebs naming this kids after fruits and compass directions, finding clever and creative baby names is harder than it’s ever been. It seems like all the unique names are taken! Don’t worry, though, we’ve come up with a few that we think you haven’t heard before!

I’ve only met one person with one of these unique baby names. His name was Malachi. While I’ve seen a few others in literature or mythology books, I’ve never met anyone with any of the other names. It’s a safe bet that your child won’t know 10 other Nimahs or Paladins!

Do you have any favorite unique baby names that you bet others haven’t heard of? Share below!