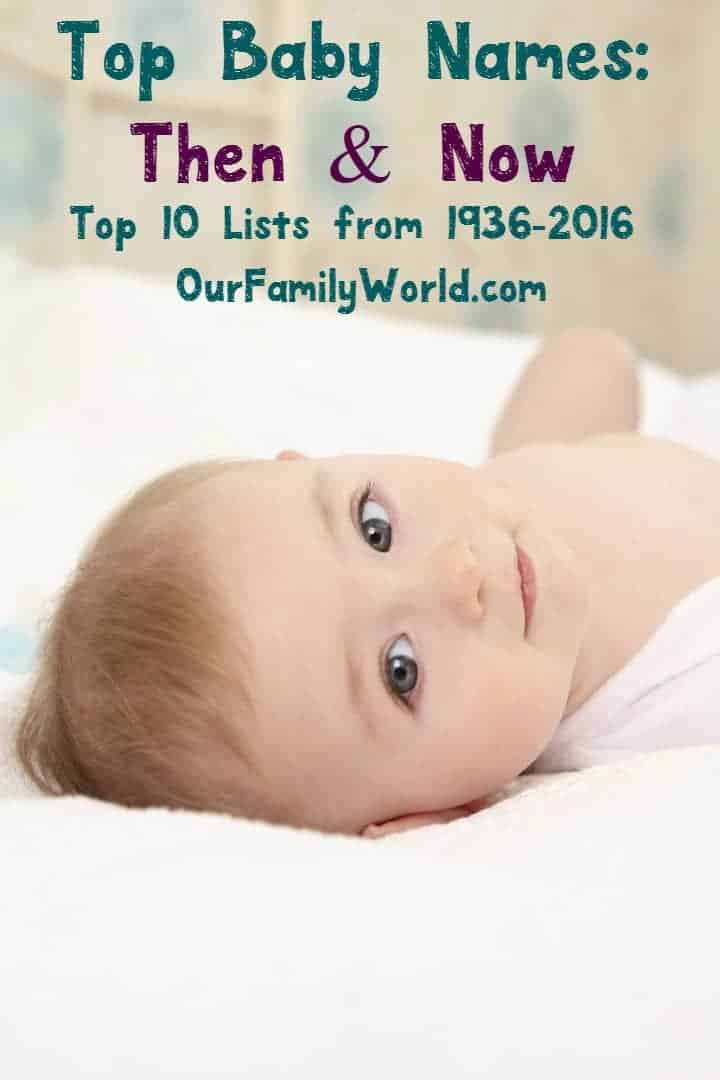 The top baby names fluctuate so much over the years, but it seems like some names pop up over and over throughout the decades. We thought it would be fun to take a look at the top 10 baby names throughout the years. We’re starting with 2016 (so far), then 2015 (since it’s the last full year that has data). Then we’ll journey back in time…all the way back to 1936. We will also take a look at famous people born during those years with the top baby names.

Top Baby Names Then and Now

Jennifer was the most popular baby name for girls for the 7th year in a row in 1976 while Michael remained at the top of the charts for baby names for boys. Born in 1976 include actor Michael Pena, actress Amy Smart, actress Amy Acker, actress Melissa Joan Hart, actress Jessica Capshaw and actress Michelle Monaghan.

As you can see, a few of the names pop up across the decades. William, Richard, and Michael, for example, will probably always be popular boys names. Girls names seem to fluctuate more. Maybe because boys are often named after their fathers more often than girls are named after their mothers? It will be interesting to see what these lists look like in another 20 years, don’t you think!

Are your children’s names on any of these top baby names lists?

10 thoughts on “Top Baby Names Then and Now: How Much Have They Changed?”