Save these 12 baby names from going extinct! If you’re looking for a classic name that isn’t used by everyone, these are it! Check them out! 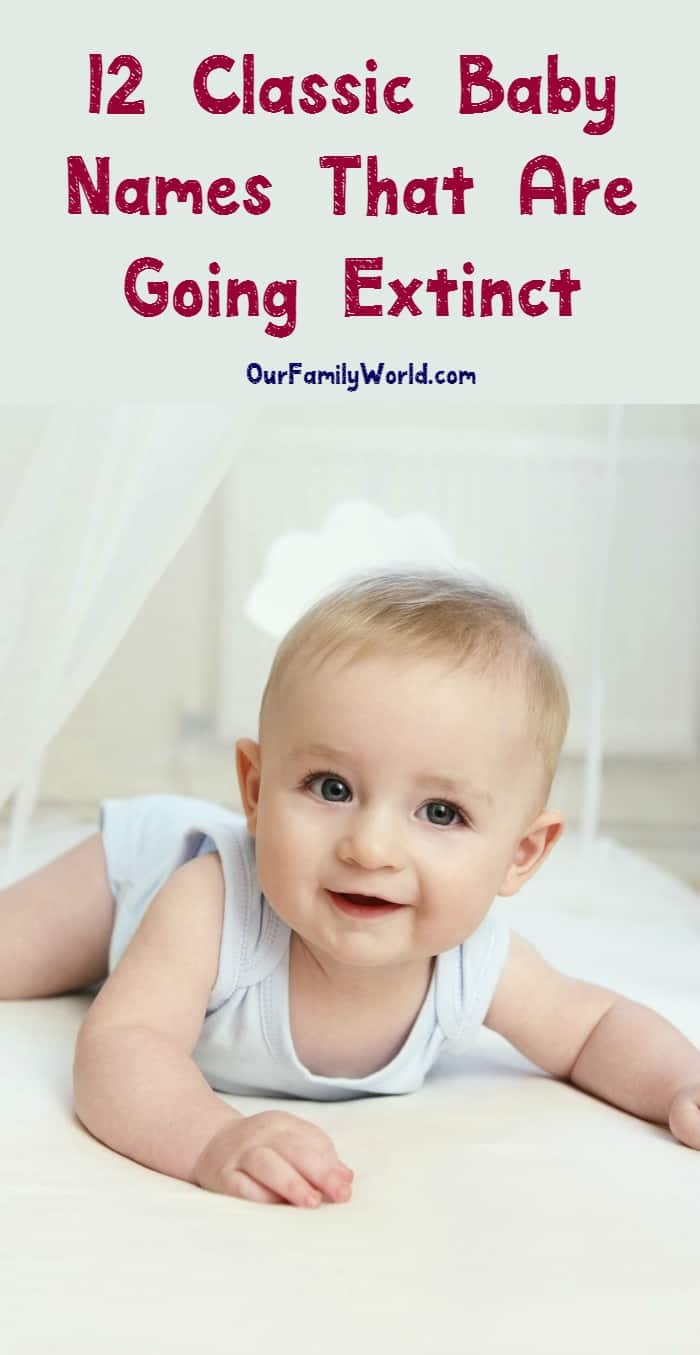 When you think of extinction and baby names, you probably don’t put the two together. However, it is no surprise that there are names out there that aren’t really used nearly as much as they used to be. Like all things, baby name trends seem to change with the season! For example, one day it seems like Irish names are all the rage, and the next, everyone is naming their kids after Disney characters! With all that ebbing and flowing, of course some names are going to get lost along the way. Here are 12 classic baby names that are at risk of going extinct.

Baby Names that Are Going Extinct

1. Gary Gary is an English name that means spear. This name used to be a surname. This name may have lost popularity because of its old-fashioned sound.

2. Sharon Sharon can be used as a first and last name. In Hebrew, the name means plain. The name is also associated with a flowering bush known as the rose of Sharon.

3. Tracey Tracey dates back to Anglo-Saxon times. It means brave. The name can be spelled many ways and can be used for boys and girls.

4. Dennis Believe it or not, Dennis has ties to Greek mythology. It means a follower of Dionysius, who was the god of wine.

5. Angela Angela has Greek, Latin and Christian ties. The name means messenger of gods. The name was most popular during 1965-1979.

6. Cecil Cecil is based off of the name Cecilia, who was a saint during the 3rd century. The name means shrewd and swift.

7. Donna Donna has all sorts of origins, including Latin, Italian, and American. All versions of the name mean lady.

8. Elaine This name is actually a form of Helen. The name was most popular during the 1920s and remained common for almost 40 years.

9. Nigel Nigel is a purely Irish baby name. It means champion. For such a simple name, Nigel has a lot of meaning and history!

10. Joanne This name can be spelled in so many different ways, and can even end with an A! It has mostly Latin roots and means God is gracious.

11. Sally Sally was once used as a nickname for the name Sarah. The name was most popular in the 1940s and hasn’t had a comeback sense. However, the name has grown in popularity in Sweden.

12. Maureen Maureen is an Irish, Gaelic and English name. It is a form of the name Mary. Depending on the origin, the name can mean great or bitter.

I think all of these baby names must have been super popular at some point because I know at least one person with just about all of them! Except Nigel, I don’t think I know a Nigel.

Did you use any of these classic baby names? Which would you love to save from extinction? Share below!

4 thoughts on “12 Classic Baby Names That Are Going Extinct”